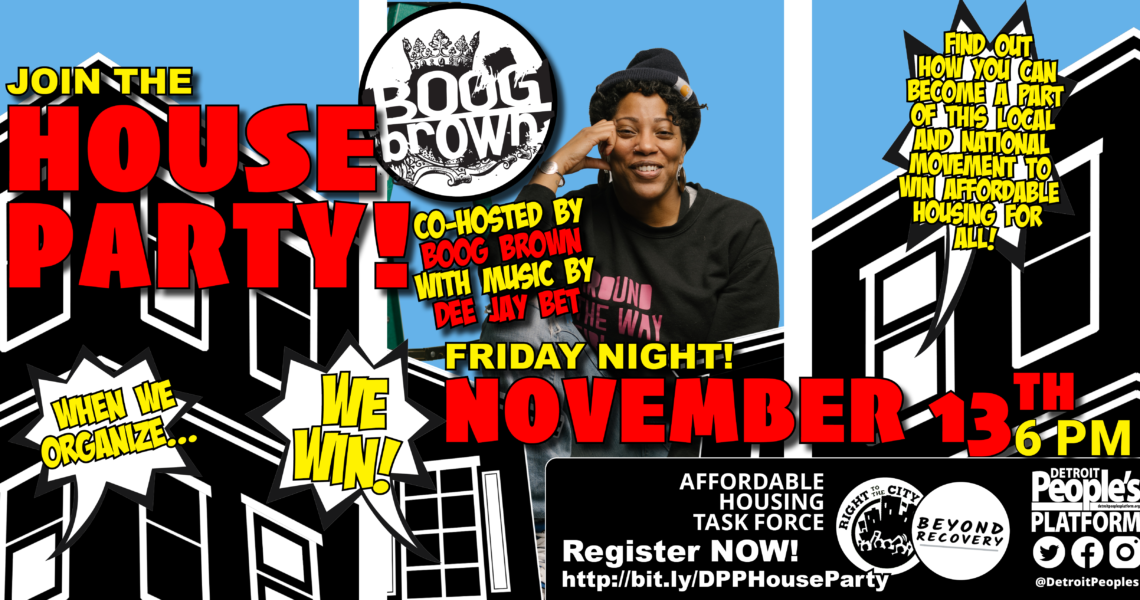 Every Detroiter deserves a safe, quality, and affordable place to call home. 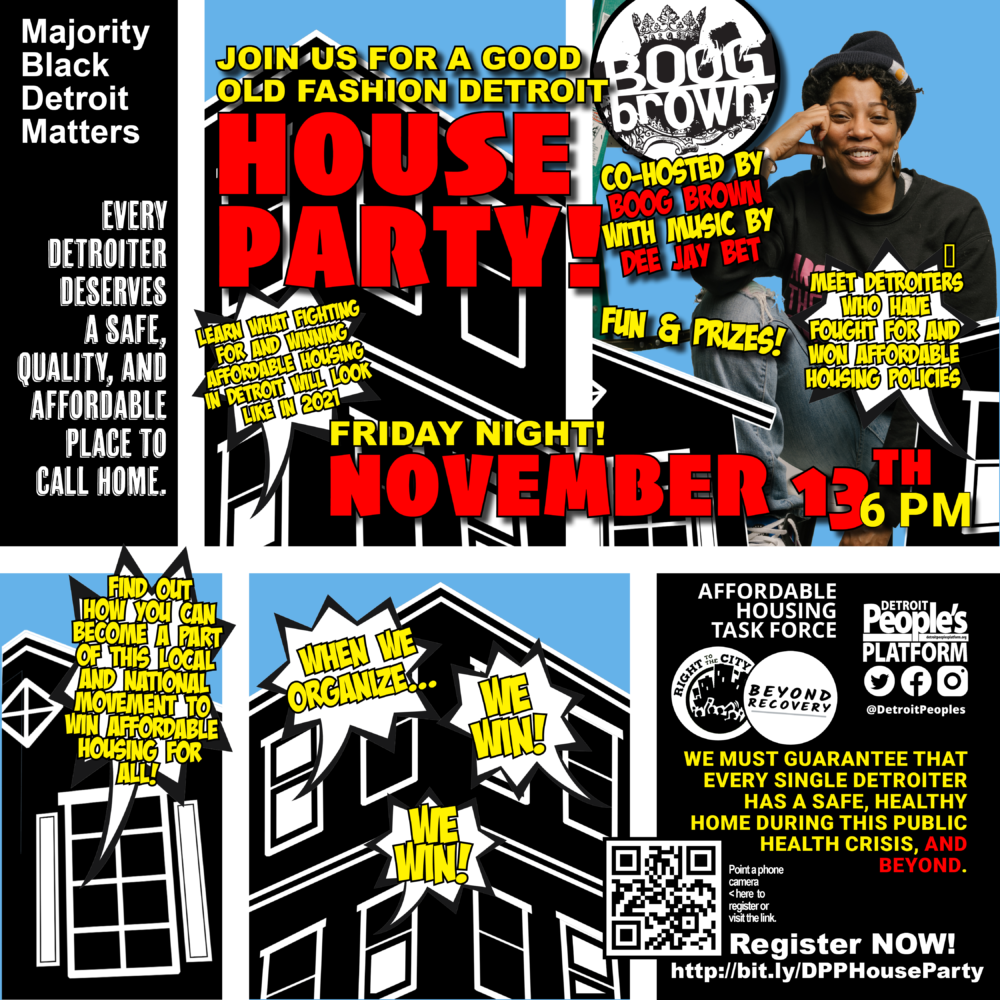 “Boog Brown” ska “Boogie” is a Black Woman and multi-talented audio artist, based out of Detroit, MI.

Boog began her relationship with music as most of us tend to. Absorbing the tunes that surround our growth that parents or older siblings listened to which for her meant starting in the church choir. Soon she picked up the violin thus fostering her love of classical music. It wasn’t until middle and high school she began to fall in deep affinity for the culture of Hip Hop and further still, not until college did she even attempt to try her hand at writing and performing a “rap”. Using poetry and prose as a therapeutic release since her youth, Boog was no stranger to the art of storytelling but didn’t quite have the finesses of an “emcee” just yet. Being from Detroit Michigan benefitted her in being able to have access to producers and artists like Miz Korona, Marvwon, Big Tone, Ta’raach,14KT, Dj Dez, Elzhi, and Invincible (Ill Weaver) to learn about cadence, song structure and the like.

By the time she arrived to Atlanta Ga to ”make money”  and eventually deciding  to hone these newly crafted skills and become serious about her craft in 2007, she was ready to explore what it meant to make a career of being an emcee. Working with Grammy award winning producers like FOCUS and Diamond D and rapping alongside legends like Wise Intelligent, Supastition, J-Live, Stahhr, longtime collaborators Working Class Music Group (blc Txt, Illastrate, J Haze, etc), endless features with Rapsody, Dillon, Sa-Roc, Stacy Epps, Ekundayo and more have kept her with a sharp pen for any arena of the genre.

Boog Brown has come with thought provoking writing and perspective since the release of her first label backed project titled “Brown Study” in 2010 (Apollo Brown/Mello Music Group), to her most recent offering, “Summer Daze” Vol 1. 2020 (Spittzwell/Detroit Digital). This emcee’s endurance and creativity is like fresh air in a polluted world. Brown just continues to offer us honest, endearing, hard hitting bars with enough gumption, growth and class to keep us coming back.