In 2021, local impacts of climate change were felt more than ever. On June 25, 2021 a massive rain event flooded basements throughout the region, with residents in Jefferson Chalmers being hit hard - again. This is another example of how the city’s priorities have failed majority Black Detroit and long-standing residents. Rather than invest in infrastructure needed to protect Detroiters and maintain Black home ownership, decision makers have offered up over a BILLION Dollars in tax incentives and abatements for private development projects. Now, the Federal Emergency Management Agency has expanded the floodplain and the area where residents will now be required to have flood insurance. “That could add up to thousands of dollars more per year to the already expensive cost of buying, insuring and paying taxes on Detroit property,” reports Crain’s Detroit Business. 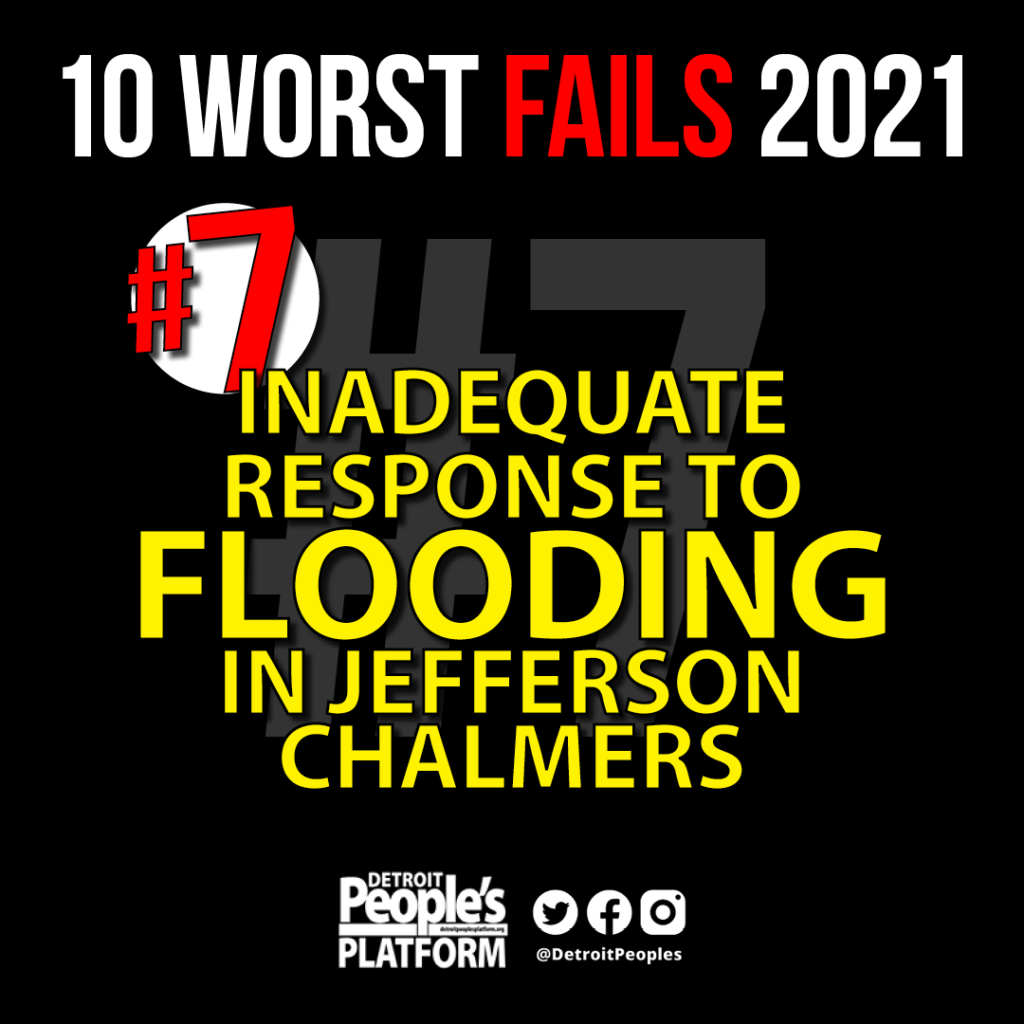