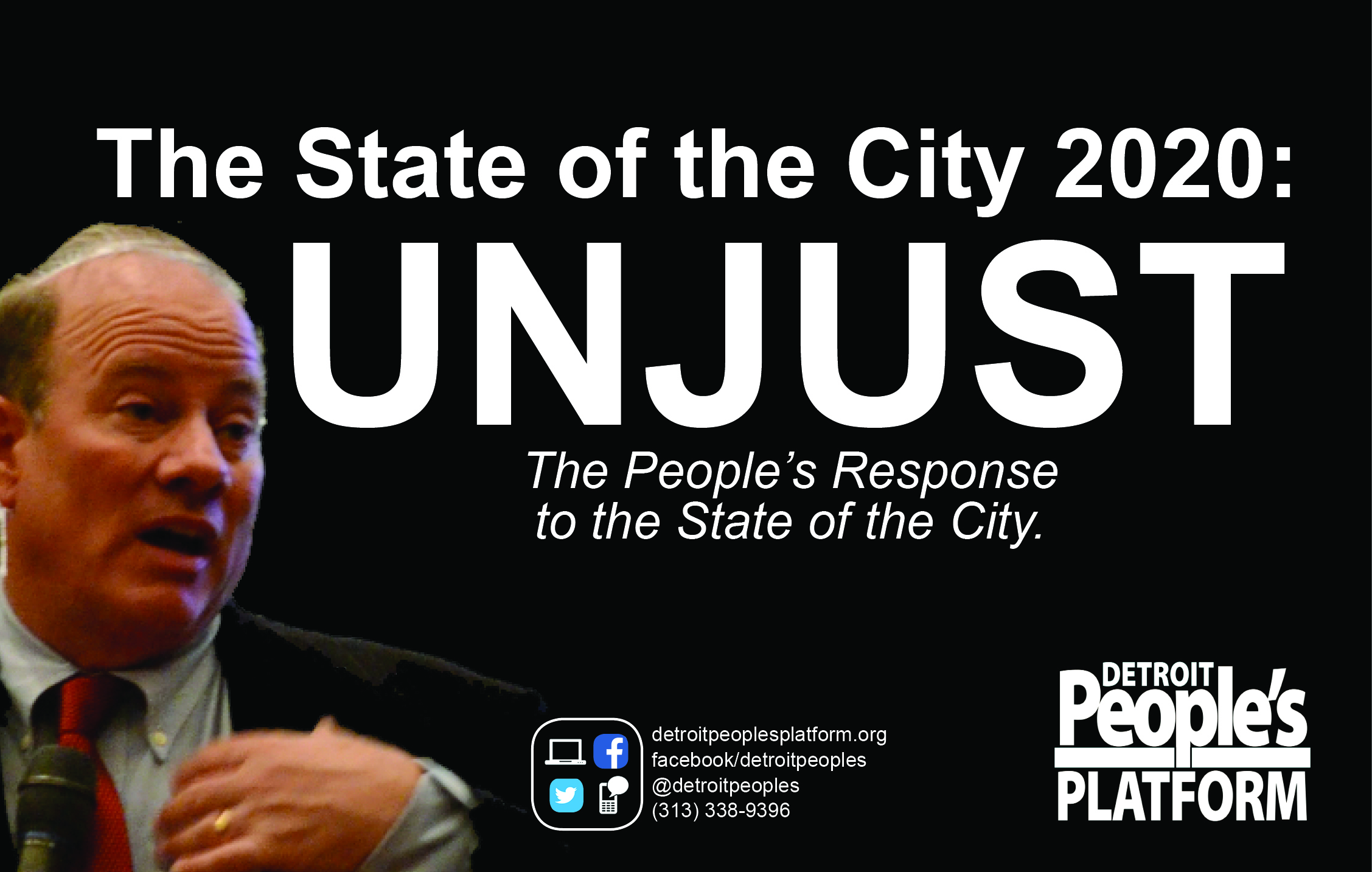 People’s Response to the State of the City

On February 25, 2020, Detroit Mayor Mike Duggan presented his yearly State of the City address. This year he presented to a select, invite only crowd at Flex N Gate. Many in attendance work for the administration. The speech was broadcast live on local news and streamed on the city’s website.

Those who gathered for Detroit People’s Platform’s People’s Response to the State of the City event played Bingo ‘called’ by the Mayor himself. Akin to some drinking games, Bingo Cards were marked when the Mayor said certain words. Close attention was paid to what the Mayor said. The mayor talked about some things but failed to mention others.

The Mayor has historically left out issues and concerns that greatly impact Black Detroiters. In addition to his failure to adequately answer concerns and demands about the $600 million over-taxation or address water shutoffs he failed to mention these important issues:

The Mayor talked about Community Benefits but failed to mention the need for Amendments to the Community Benefits Ordinance because they would shift power from corporations and developers to neighborhoods and people and he would have to recognize that many of the projects receiving millions of dollars in public tax abatements have been downsized, stalled or scrapped.

The Mayor talked about Affordable Housing failed to mention the Housing Trust Fund because the majority of the money in the fund supports housing options for families that earn $24,000 or less who are threatened by displacement.

The Mayor talked about the need for Regional Transit but didn’t mention our need for a Low-Income Fare because it would force him to recognize the disparity in transportation outside of midtown and downtown.

The Mayor talked about how much Family Matters in Detroit but didn’t talk about funding Head Start because doing so would mean all low income and working black families in Detroit would have access to quality early education.

The Mayor did reveal what we consider a “win” by actually mentioning Black/African American People more than he has ever done in the last 7 years. Typically, the Mayor will talk about One Detroit and opportunity and all but won’t mention race because he would have to address racial equity and economic justice. It’s unfortunate and insulting that in the process of learning how to say the word BLACK, Duggan has also expanded his effort to tokenize black leaders and entrepreneurs while implementing policies that damage the majority of people in the largest Black city in the nation.

Due to these and other issues that demand justice one again this year the state of the city is UNJUST. 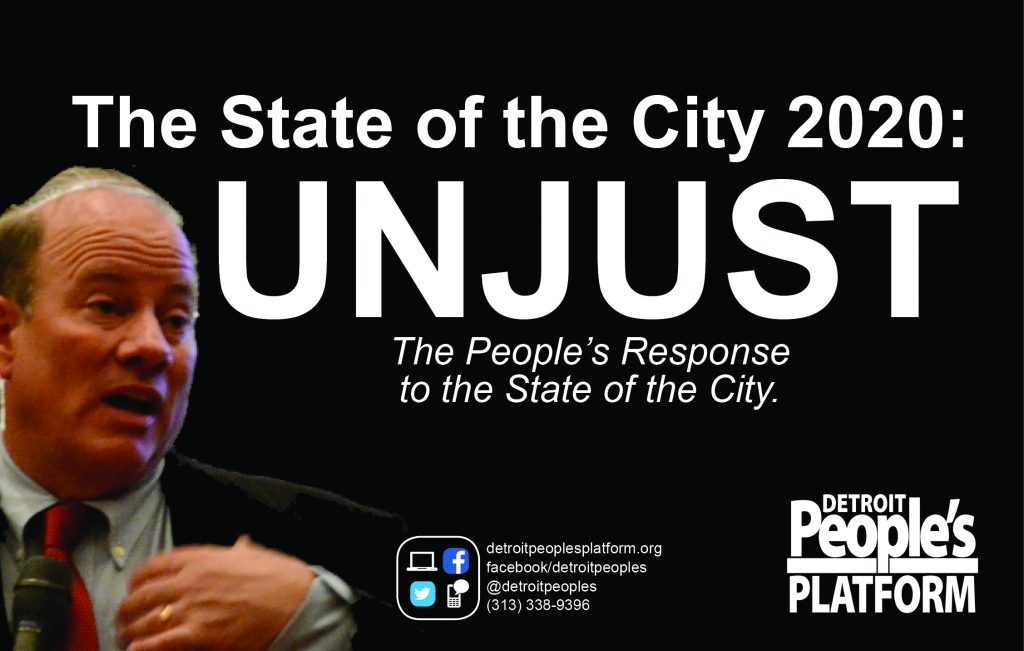