BEDROCK’S BACK for more $$$

On Tuesday June 14, 2022, Detroit City Council delayed their vote on expanding public funding for Dan Gilbert’s project on the former Hudson site. The vote was only delayed until Tuesday, June 21 at 10:00 am. Bedrock is seeking an additional $60 million for what many consider to be a vanity project. Council Members felt pressure from Detroiters who took the time to make phone calls and public comment at the meeting. We encourage Detroiters organize with their family, friends and neighbors to keep up the pressure. At this time, in this moment in Detroit, say No to covering more of the cost of this HUGE vanity project.

At this time, in this moment in Detroit say ‘NO!’ to this HUGE vanity project.

To participate at the time of Public Comment, please raise your hand  within the Zoom application

To be consistent with how Public Comment has been handled  for in-person meetings: 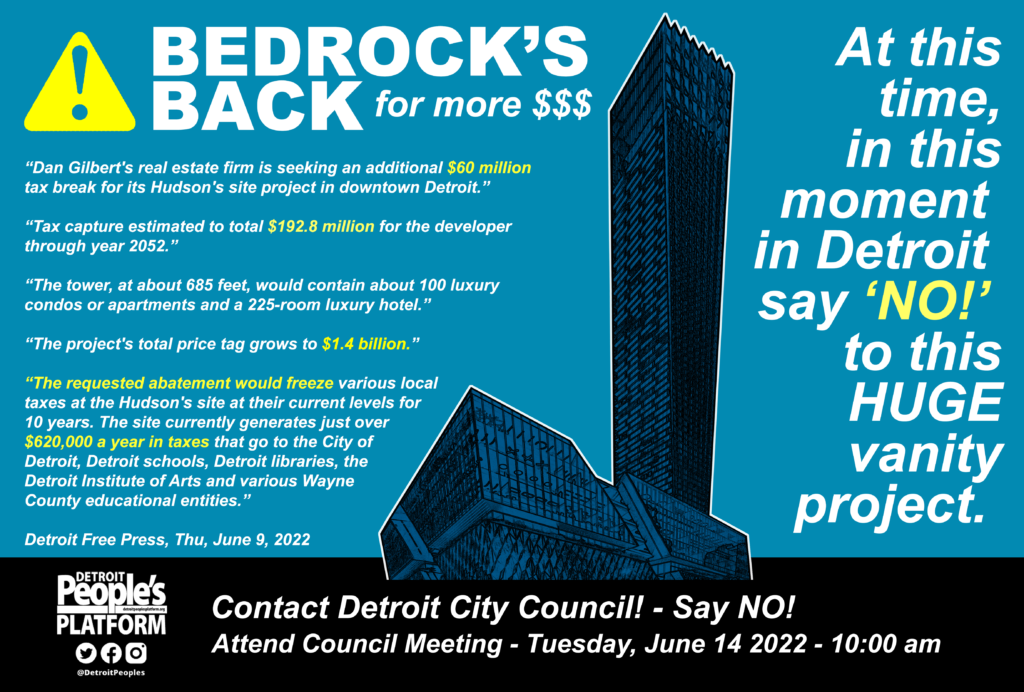