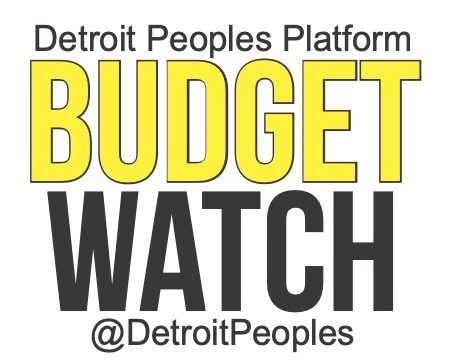 –Constitutional sharing is set by the state constitution. It requires that the state distribute 15% of all state sales tax to cities on a per capita basis. Therefore, cities with larger populations will receive more in constitutional payments. Sales tax collection and population changes will thus impact how much money a city receives.

-Statutory sharing takes another 21.3% of the state sales tax and distributes that money based on a formula that adjusts the payment according to the needs of the city. However, the formula is rarely used and is effectively determined by the state legislature from year to year. Detroit has lost millions in statutory sharing money over the last several years because the state legislature has appropriated dollars to Detroit far below what the formula provides. (For formula see Public Act 532 of 1998.)

What Does this mean for Detroit’s budget?

Due to better-than-expected business activity, the State of Michigan reported a revenue surplus instead of a predicted $3 billion shortfall. Since part of the surplus was caused by a surge in sales tax, a tax source tied to revenue sharing, Detroit should receive an increase in constitutional sharing dollars. This should change Detroit’s revenue estimates, giving them more general fund money to allocate to municipal services and functions.

So, what does the City plan to do with the unexpected boost in revenue? 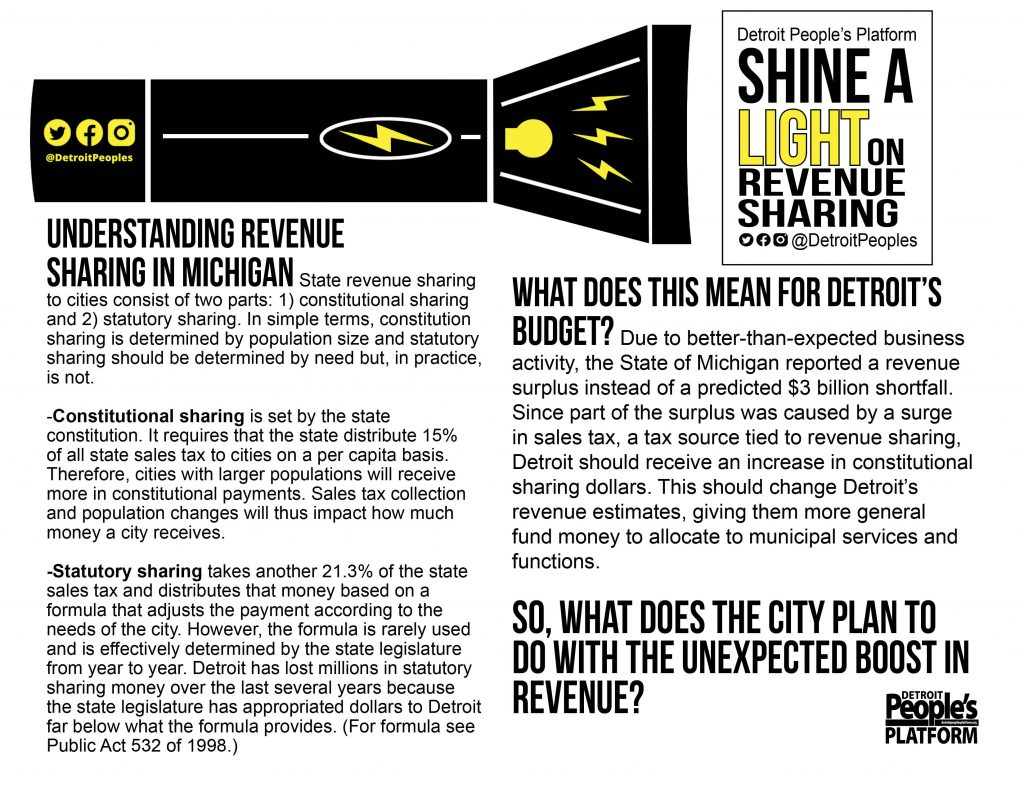