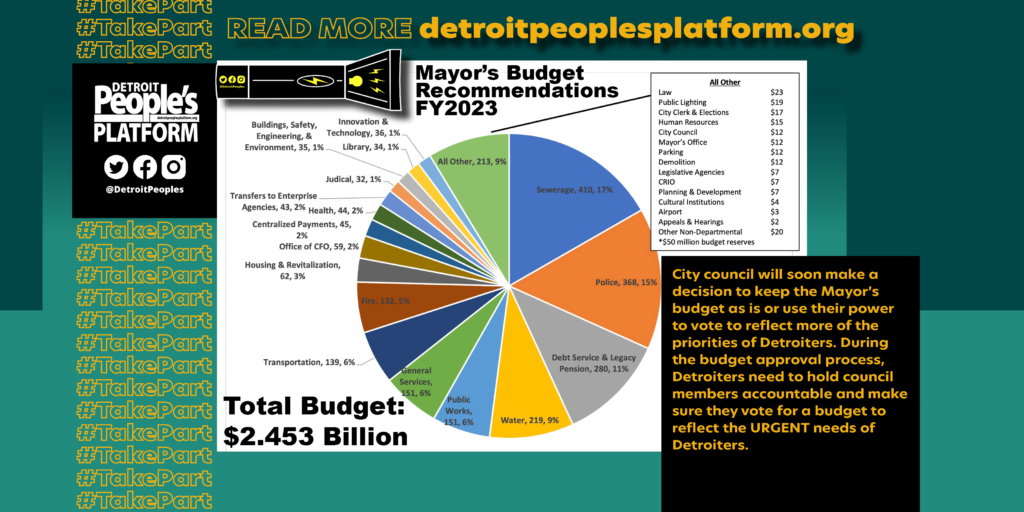 The mayor presented his recommended 2022- 2023 budget to city council on Monday, March 7, 2022. The nearly $2.5 billion proposed budget was billed as a return to “status quo” as the city’s finances seem to be returning to that of pre-covid levels. This return to normalcy was, as stated by the administration, partly due to the $826 million in federal assistance from the American Rescue Plan Act (ARPA) and “fiscally responsible” spending.

This return to status quo ultimately means that much of the spending will remain the same from previous years. That is, city departments will get nearly the percentage of general fund money they’ve always received. Thus, the budget contains no major reallocation of funds from one activity to another like public safety to library services or affordable housing.

However, there were significant investments to transportation. The city plans to contribute $66 million in general funds to transportation, which is $26 million more than last year. There is also a $5.8 million increase to improve Paratransit Service for seniors and the disabled and Vehicle Operations.

In addition, because of ARPA money, the city had about $135 million in unspent money from last year’s budget. These unspent funds can be spent on one-time expenditures. A bulk of that money, about $50 million, will go to the city’s rainy day fund, which is essentially the city’s savings account. About $11 million dollars will go to improve city parks and recreation centers. Another $4 million will go to improve the Charles H. Wright Museum of African American History and Detroit Historical Museum.

The mayor also proposed to spend another $17.5 million for Blight Remediation. With $250 million in special bonds and $95 million in ARPA for blight removal, the demolition of Detroit’s housing stock is now sucking up more than a third of a billion dollars public money.

While the proposed budget does allocate needed funded to public services that community has long asked the city to invest more like transportation, parks, and recreation, it fails to make investments in other areas of community priorities including affordable housing and libraries.

Instead of making community investments in these areas, the administration has decided to pump more money into blight removal. This heavy emphasis on blight removal tends to clear land for wealthy real estate developers, thereby saving them the cost of demolition. A more community-centered approach is to restore homes and preserve existing neighborhoods, not tear them down.

"Instead of making community investments in these areas, the administration has decided to pump more money into blight removal. This heavy emphasis on blight removal tends to clear land for wealthy real estate developers, thereby saving them the cost of demolition."

City council will soon make a decision to keep the Mayor’s budget as is or use their power to vote to reflect more of the priorities of Detroiters. During the budget approval process, Detroiters need to hold council members accountable and make sure they vote for a budget to reflect the URGENT needs of Detroiters.

Over investment in blight serves corporate investor interests and contributes to the displacement of long time Detroiters. In conclusion, urge city council to evaluate the budget thru the lens of racial equity and racial justice with a long-term view of improving the overall quality of life for majority Black Detroit.