Nearly 2 years ago, the City of Detroit and FCA announced plans for the Detroit Assembly Complex on the city’s Eastside.

Since the project was announced residents have demanded reduced emissions, better environmental protections and more money for residents to make their homes safe to live in. They have not been heard.

Watch ‘Beniteau Stories’ to learn what it’s like living next to Chrysler: http://bit.ly/BeniteauStories

Use the chat if possible. 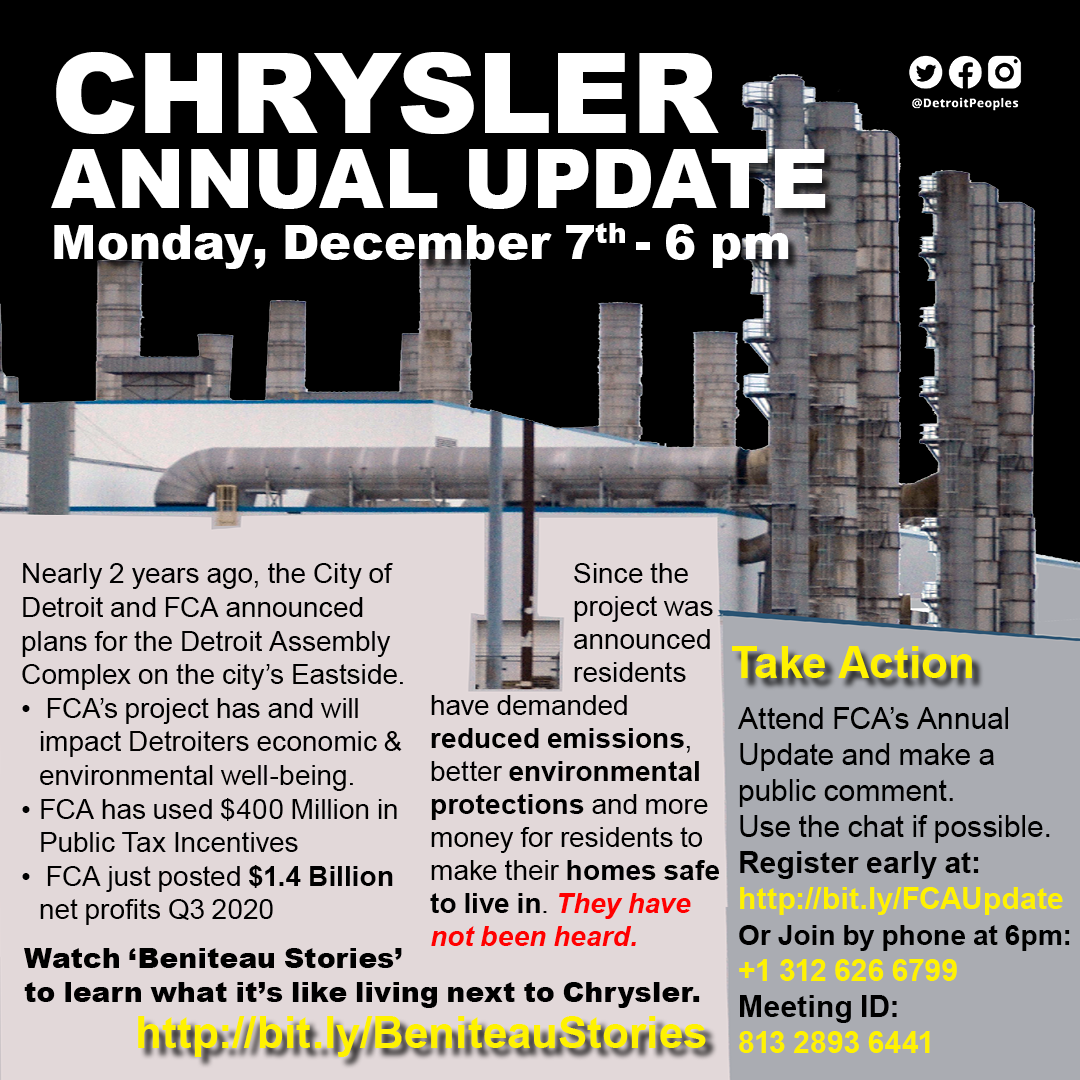 Increased Pollution
FCA claim they are doing more than enough but they could reduce facility emissions more with improved air pollution control technology.

Existing Public Health Crisis
Residents around FCA have high asthma rates and respiratory illness. Many of the pollutants released may make them more vulnerable to COVID-19.

Extreme Public Funding
Nearly 50% of the project is subsidized with public tax abatements.