As the production on the new Jeep Grand Cherokee L ramps up, increased odors and illness prompt resident action and state investigation.

Detroit – On Monday, September 20th the Michigan Department of Environment, Great Lakes and Energy (EGLE) filed violation notices against Fiat Chrysler, now Stellantis, due to resident complaints about overwhelming odors. The new Jeep Grand Cherokee L went into production this summer and since the newly expanded plant has come online residents have reported an increase in odors and health issues.

The Justice for Beniteau Residents group has led public education efforts and has encouraged neighbors to call the State of Michigan’s Pollution Emergency Alerting System (1-800-292-4706) whenever they smell something. Representatives from EGLE performed investigations on the street, which is right next to the expanded Detroit Assembly Complex, multiple times before filing the violations.

The violation notice reads; “In ADQ staff’s professional judgment, the odors observed during each investigation were objectionable and of sufficient intensity, duration, and frequency to constitute a violation of Rule 901(b), and General Condition No. 6 of PTI 14-19a: an “unreasonable interference with the comfortable enjoyment of life and property.” 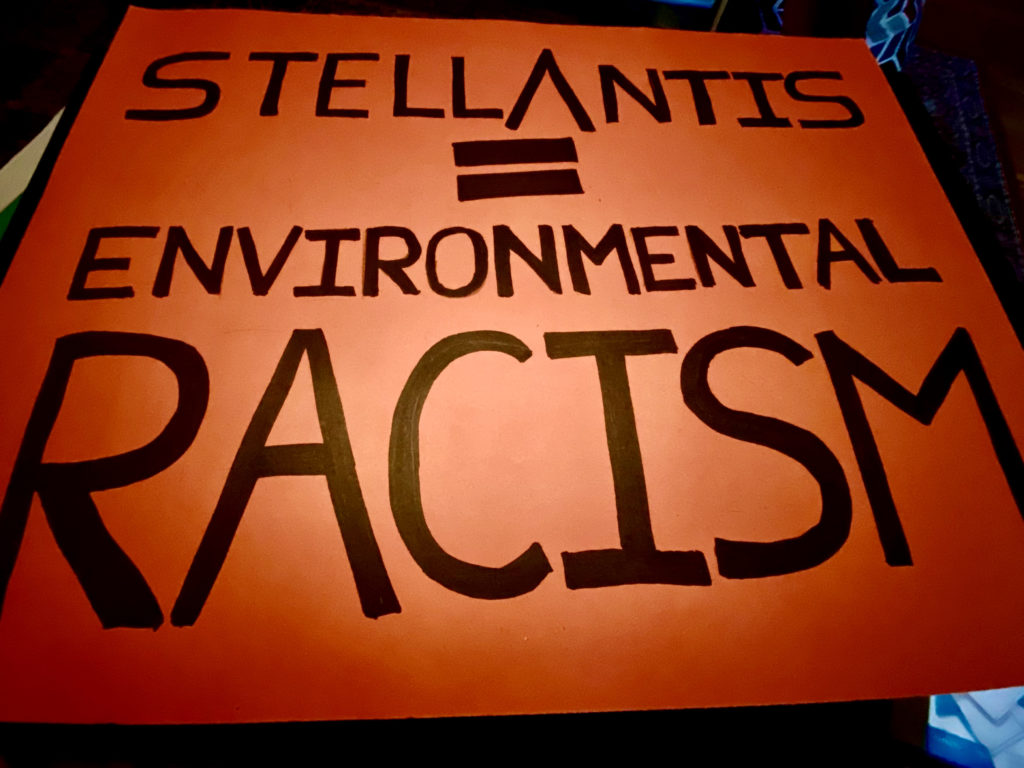 Beniteau Resident Robert Shobe who lives next to the expansion has encouraged other residents on his street and throughout the project’s ‘impact area’ as defined by the city’s Community Benefits Ordinance to complain whenever they smell something. “If we don’t call to complain, its like nothing is happening and everything is fine. We must call to make sure that we hold them accountable for our health and the issues we face in this community.”

Michigan State Senator Stephanie Chang, who represents residents living around the plant shared; “I hope this air quality violation notice is a wake up call -- that environmental justice and the health of our residents must be prioritized. I urge EGLE to be strong in holding FCA Stellantis accountable for these violations. I truly hope residents are given another opportunity to have their yet unfulfilled air quality related community benefits requests granted."

Detroit People’s Platform detroitpeoplesplatform.org , Justice for Beniteau Residents and concerned Detroiters will continue to raise awareness of the need for further reduction in emissions from the Detroit Assembly Complex, for homes that are safe to live in and to address FCA/Stellantis’ failure to respond to resident needs and demands as a responsible corporate citizen in the nation’s largest majority Black city.

Today’s violation notice is a vindication for my courageous friends on Beniteau. At every step of this process, they have raised the alarms that FCA/Stellantis will always put their profits ahead of the well-being of their neighbors. We told EGLE this would happen when we submitted comments opposing this facility expansion because it would increase pollution in a majority-Black frontline environmental justice community, and it should be no surprise that FCA/Stellantis is violating their permit and polluting our community today.

EGLE went out to investigate three separate times and detected noxious odors on every occasion – those aren’t accidents, they’re governmental failures. We have a duty to protect the residents in the FCA/Stellantis impact zone from a corporate polluter that will never have their best interests in mind. That FCA/Stellantis thought it could plant a couple trees and shut up our residents is an insult, and they must rectify these permit violations immediately.”

From Michigan Senator Stephanie Chang; "Beniteau and other East Side residents have been organizing, speaking up, and reporting air quality and odor concerns over and over again, because they know firsthand how it is affecting their neighborhood. I hope this air quality violation notice is a wake up call -- that environmental justice and the health of our residents must be prioritized. I urge EGLE to be strong in holding FCA Stellantis accountable for these violations. I truly hope residents are given another opportunity to have their yet unfulfilled air quality related community benefits requests granted."