Call to Action: 12.5 Million into the Public Health Fund

During the past two years the administration has prioritized the expansion of industrial sites as a key economic growth model. Examples include the State Fairgrounds, Cadillac Plant, FCA/Stellantis and the recent AMC Headquarters development.

For the most part, the developers of these sites are mandated to fix the environmental issues on the development property.  Unfortunately, residents who live in the impact area alongside these developments are left to deal with the negative health and environmental impacts that reduce their quality of life.

A recent example of this situation is the poor air quality associated with the FCA/Stellantis plant expansion that long time Beniteau residents are experiencing.

Our local elected officials cannot simply say this is a responsibility for the State of Michigan.

Residents are calling on City Council to step in and provide some relief for local residents.  Residents can use these funds to improve the quality of the air we breathe; improve protect our homes from damage and continue to educate residents and improve our neighborhood environment overall.

We are asking City Council members to consider a one-time allocation of 12.5 million dollars to the Public Health Fund.  And once again we see where the administration is taking 17 million dollars of the carryover money for blight removal.   We believe Detroiters deserve to benefit more directly from these carryover dollars.

We are asking that this one time allocations of 12.5 million dollar be made from the 130 million dollars in carryover funds from last year’s budget that must be spent this year. 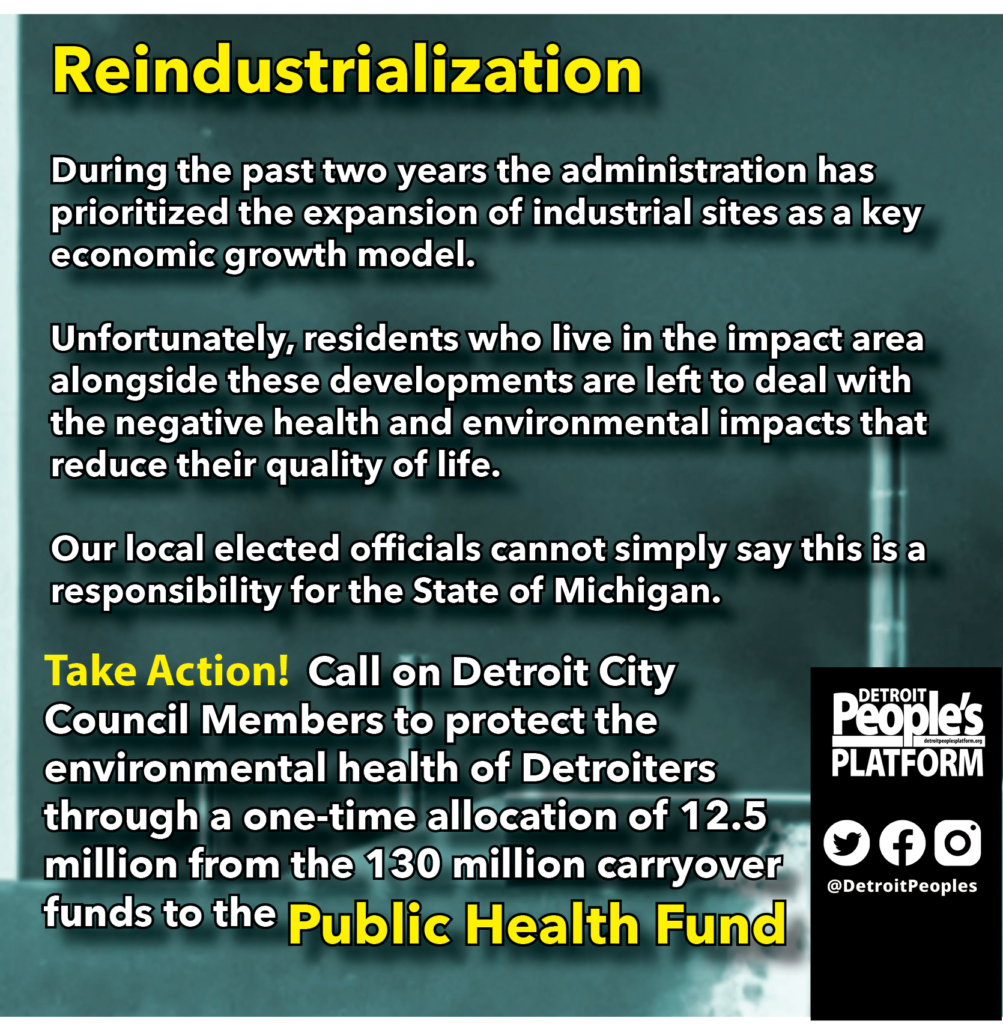