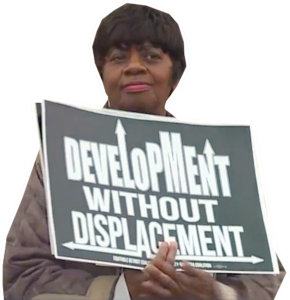 FYI - Please be advised that the vote to give Bed Rock $60 Million in tax incentives to complete the building of a skyscraper at the old Hudson site comes before Council on Tuesday June 21st.

It is my opinion that every City Council Member should vote NO on Bedrock's (Dan Gilbert) request for a TIF.  He already owns most of Downtown and he as already been awarded more than $600 Million in tax incentives while Detroiters were over assessed on their property tax by more than $600 Million.

Also, how many of the buildings currently owned by Dan Gilbert are fully occupied?  Remember, COVID  has forever changed the landscape of the work space.  Why is there a need for another office building downtown or even more multi unit dwelling spaces.  Where are all the people coming from?  The rent is too high for the average Detroiter!

If you look at the condition of Detroit, the development that has taken place in Detroit has not been good for the majority of Detroit.  Take good look at whose coming to town and whose being pushed out.

Some questions that must be answered is what has been the return on the investment of tax incentives awarded for LCA?  How have the citizens of Detroit benefited?

What is the return on the investment of tax incentives awarded to Stelantis?  There was a promise of 5000 thousand jobs where most of those hired could walk to work.  This did not happen, because most of the newly hired employees were sent to Sterling Htgs. and there were never 5000 thousand, but now at least 200 will be laid off.

Below I have provided some web sites where you can find more information about TIFs:

https://www.tifillinois.com/tif-basics.html
Tax Increment Financing (TIF) is a means by which cities, towns, and villages may achieve a level of community and economic development far beyond current expectations. TIF is particularly useful to communities where local leaders envision a resurgence of population, a robust local economy, and a town capable of providing the varied public services, security, and quality of life so many young ...

https://en.wikipedia.org/wiki/Tax_increment_financing
Tax increment financing (TIF) is a public financing method that is used as a subsidy for redevelopment, infrastructure, and other community-improvement projects in many countries, including the United States.The original intent of a TIF program is to stimulate private investment in a blighted area that has been designated to be in need of economic revitalization.

Remember that we the people elected (hired) the Council Members to work for us and not for Millionaires and Billionaires!

THEY SHOULD ALL VOTE NO ON TUESDAY, JUNE 21ST.