Stellantis’ kick off to improve environmental infrastructure misses the mark 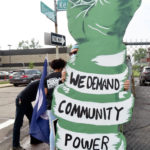 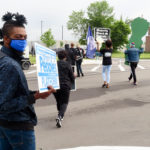 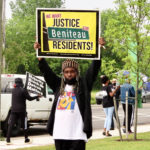 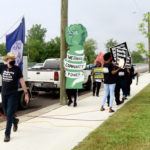 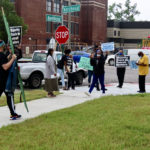 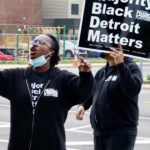 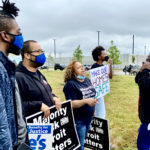 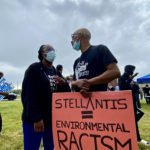 Detroit - Thursday morning, June 3rd 2021, at 9:30am, at the corner of Kercheval and Beniteau, Fiat Chrysler, now Stellantis, hosted an event to promote what they are calling “Detroit’s Greenest Initiative.” Their media advisory states that this program will be a 3-year, $1 million initiative to support “environmental infrastructure” for eastside communities surrounding their Detroit Assembly Complex. This is more of the same, too little, too late and adds further insult to the ongoing environmental injustice perpetuated on their neighbors.

Over the last two years residents have repeatedly attempted to engage with Fiat Chrysler/Stellantis making numerous environmental and quality of life demands. This billion-dollar company has been completely unresponsive. Frontline residents who live on Beniteau have been demanding that FCA make their homes safe to live in, that they reduce emissions coming from the plant and that they address the public health crisis ravaging their community. 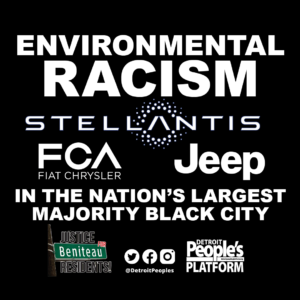 FCA/Stellantis is a global player worth billions of dollars. They are receiving $400 Million in public funds and only put $8.8 Million of their own money back into community. The community next to the plant is majority Black and less than half of the residents live above the poverty line.

The area has nearly double the asthma hospitalization rates as the rest of the state and Stellantis reduced emissions in a suburban community to increase them here on the eastside. This is textbook environmental racism and unacceptable in the era of Black Lives Matter and amidst corporate gestures toward racial equity.

Detroit People’s Platform, Beniteau residents and concerned Detroiters will meet to raise awareness of the need for homes that are safe to live in, for further reduction in emissions from the Detroit Assembly Complex, the ongoing public health crisis that has increased resident vulnerability to COVID-19 and FCA/Stellantis’ failure to respond as a responsible corporate citizen in the nation’s largest majority Black city.

The Neighborhood Advisory Council did not represent us or respond to our needs. To many of us they seemed to just take what was offered and said it was what we wanted. No one seems to know how they decided on $15,000 a house.

The projects impact on our health and quality of life were not given priority. Even though the city has, and had at the time, a program for Southwest Detroit to fix up homes to make them safe to live in, none of this information was presented to us.

It’s worse than they said it would be and getting even worse every day. Our foundations are being further damaged by the vibrations from construction and increased truck traffic. Windows that were solid before construction are now damaged and won’t seal. The dust is horrible and all this before the new paint plant is putting out increased pollution. It’s bad and these are the things we want to make this right:

We need More Money for Repair or Relocation. $15,000 is not enough to make the repairs to our homes that are needed to make them safe. We want our foundations repaired, new roofs and windows, central air and furnaces, all certified for air quality. There are a few who would consider relocation, if provided enough money to do so successfully, but the great majority of us want to stay.

We want the program expanded to reflect number of units in multifamily buildings. There are multi-family structures, duplexes, on the street and we want resources for repairs in each unit.

We want to be treated with respect. In the past, people in our area have been bought out and relocated respectfully. We have not been heard and the city and FCA have disrespected us by disregarding our legitimate concerns, saying their hands are tied while giving more tax incentives to Chrysler and others.

For Beniteau residents this process has been nothing but legal trickery used by people who think we can be walked over and dismissed. The Fiat Chrysler Community Benefits not benefiting in any way. Just Beniteau Residents demand that Detroit City Council work to change this for us and to stop this from happening to other Detroiters.