The Historical Roots of Municipal Budgets

Join the fight for a Budget for the Common Good! 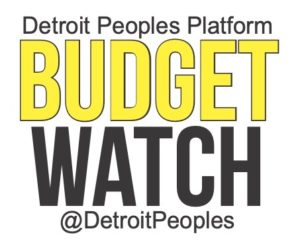 We encourage DPP members and supporters to engage in the budget process and to demand city council wield their power to move funds for the benefit of the people of Detroit and our immediate needs. Demand a Budget for the Common Good!

The budget decisions of cities like Detroit have not always looked the way they look today. Most cities—big and small—now have budgets that are weighed down and constrained by massive debt and police expenditures while spending on services like education, recreation, and affordable housing are cut to the bone or eliminated altogether.

This was not the case just 50 years ago. From 1940 to 1970, cities, while not perfect, were not drowning in debt and disproportionately high law enforcement costs.  There tended to be stronger and adequate investment in social programs and public goods under the rubric of government. For example, during this time, New York City and many other localities provided free college tuition to its residents . Youth and family services were important features in the budget.

However, this type of service-centered municipal management began to disappear in the 1970s, shifting to an entrepreneurial business-centered model. This change occurred in response to the federal government dramatically decreasing funding to cities (and States) at a time when cities were feeling the full brunt of deindustrialization and job loss, economic disinvestment and heighten suburbanization and white flight fueled by racism. The loss of a strong and reliable tax base resulted in tighter budgets with cuts to city services and programs.

By the end of the 1970s, cities were largely Black, poor, and without the social programs that once existed to combat poverty . Hopes of addressing these social issues thru the lens of racial and economic justice are cast aside.  Instead, the solution to manage the growing social problems of urban areas was to incarcerate masses of economically disenfranchised Blacks, leading to the ballooning of police spending . Today, Detroit’s police department has nearly a HALF A BILLION Dollar price tag, one of the most expensive in the country. (See infographic below)

This new entrepreneurial model then begins to offer up the city itself as a commodity where public land, infrastructure and services are up for sale to the highest bidder which means private investors. The narrative becomes that private business entities can organize and deliver programs and services better and cheaper than government. Therefore, attracting private investments becomes the life blood for economic survival in a city like Detroit.

In Detroit, the administration and city council argue to Detroiters this strategy is the only way for Detroit to compete and win in the game - to award huge tax breaks and public subsidies to the investor class. Ideally, the revenue generated by these investments include property and corporate and income taxes and are hyped as improving Detroit’s bottom line.

The problem is this strategy more often than not backfires on Detroiters since we don’t get the full benefit because the investors and corporations rarely pay their fair share therefore leaving huge gaps in the city budget. Taxes are often diverted from the city’s general fund for years.  For example In 2012, a year before Detroit’s bankruptcy, Detroit was a city strapped with $20 billion in debt in spite of giving away tens of millions in tax breaks to corporations annually.

In 2021, and just ahead of the coming budgeting process, the administration and certain city council members are warning Detroiters to expect significant cuts in programs and services in the face of the Covid-19 pandemic and revenue shortfalls.  However, understanding what informs how budgeting decisions are made, Detroit People’s Platform will continue to challenge this narrative and instead call for a 2021 budget that centers the well being of our neighborhoods and families. Join us to learn how you can become active in fighting for a Budget for the Common Good. 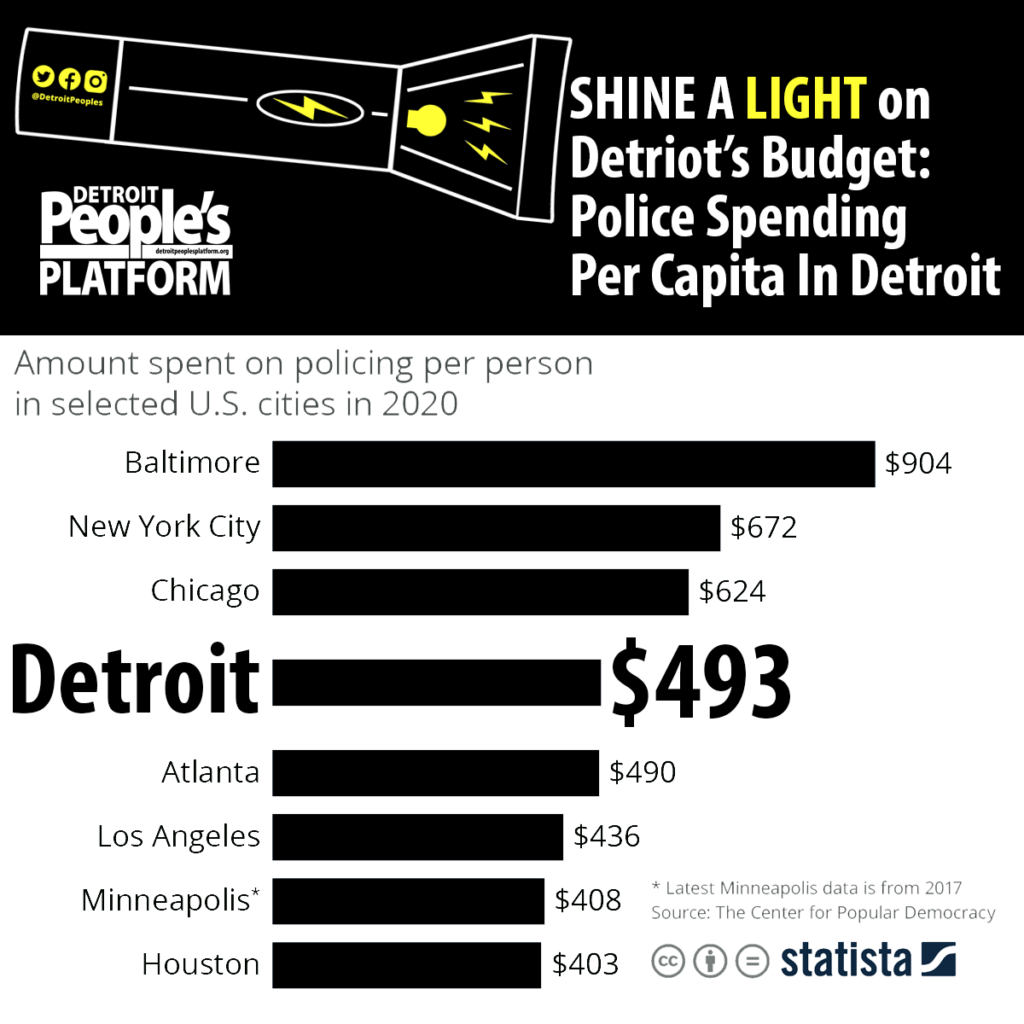