What is the Blight Bond?

Note: City Council is expected to vote on this issue Tuesday, Nov. 12, 2019. Today is a holiday, please make a call, email or tweet Council Members so they receive your message before tmrw's 10 am session. Thank you!

What is the Blight Bond?

Detroit City Council has been asked by the administration to vote to place a $250 Million Bond on the ballot in March 2020.

What is a Municipal Bond?
A municipal bond is a way that city’s pay for important things that improve our community like schools, roads and public transit. These are investments that need to be paid back and that payback includes interest.

How does the city pay back the investment? Typically these investments are paid back by the city through a millage. A millage is a tax rate on the value of property.

Detroit People’s Platform encourage members and supporters to contact their council representatives and demand that they vote “No” on placing the bond on the ballot. Why?

Banks and property speculators who have created the blight through neglect but typically receive a pass should be made to pay instead of Detroiters.

This tax will disproportionately impact Detroit home owners and they will feel the brunt of this increase.

Take Action!
Contact City Council and demand they protect Detroiters from another mortgage on our city’s future. 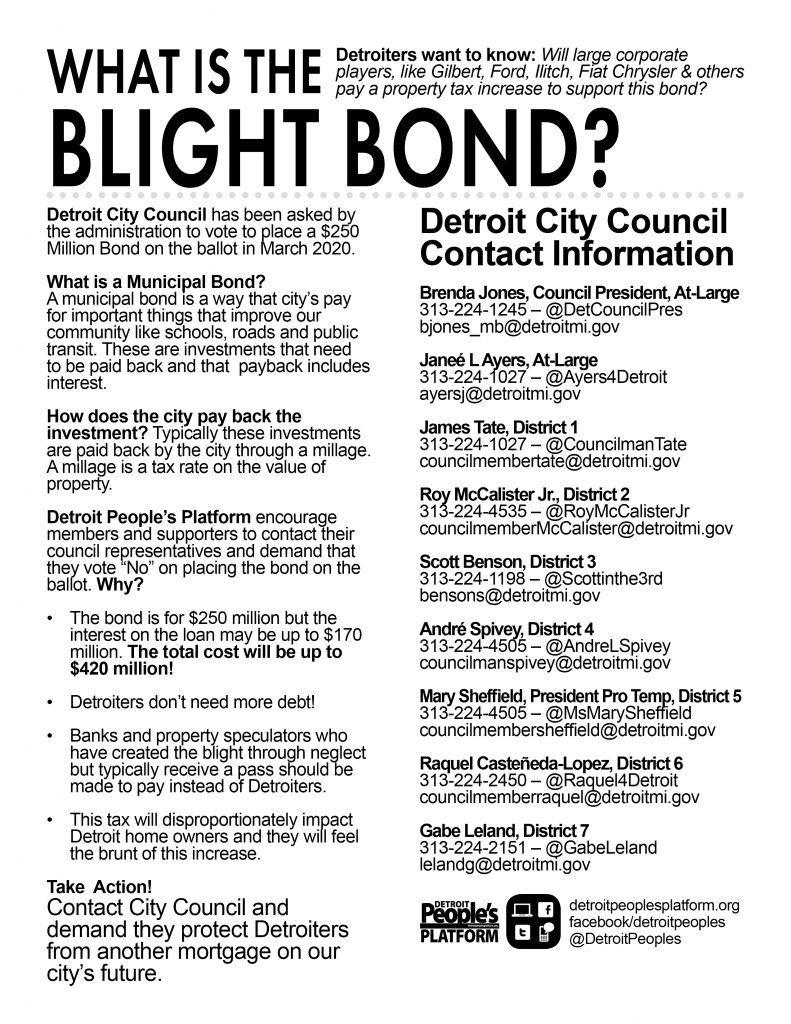