In Detroit, the nation’s largest majority Black city, democracy is under attack.  And this trouble has been brought on by politicians who disrespect our vote and ignore the priorities of Detroiters and favor the interest of corporate and dark money sources.  In the recent August election, a YES vote on P and proposed revisions to the City Charter would have delivered the following for Detroiters: More affordable housing supports; a policy that ensures water is affordable for all; and greater benefits when corporations demand our tax dollars for their private development projects.

In a functioning democracy, citizen led initiatives such as the Charter Revision process are regarded with a level of respect. It is a sign that Detroiters remain committed to the value and benefit of the democratic process.

But the August 2021 primary proved otherwise and repeats a pattern Detroiters have experienced before. Dark money leveraged in the Vote NO on P campaign, revealed the willingness of those in power to use the courts, disinformation and fear to undermine and suppress our vote.  Further, those behind the campaign weaponized our neighbors and friends to speak out against the best interest of Detroiters.

When democracy is under attack Detroiters experience the following:

Regrettably, these tactics have become common place in local campaigns especially when Detroiters are organizing to WIN and expand benefits for our families and the neighborhoods where we live.

Here’s what you can do to break this cycle and safeguard Democracy in Detroit:

VOTE! and join with the Detroit People’s Platform in the coming months as we fight to protect and defend Majority Black Detroit. 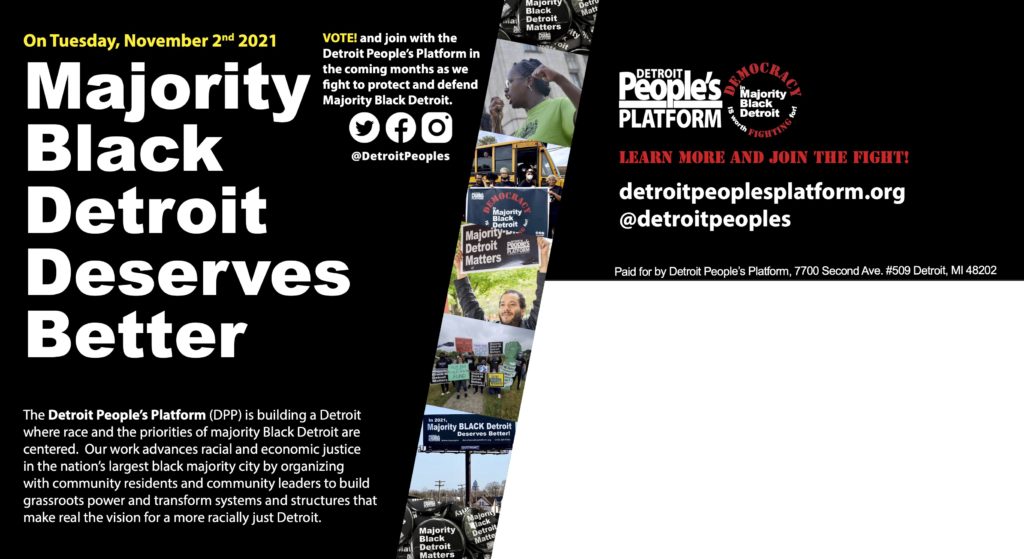 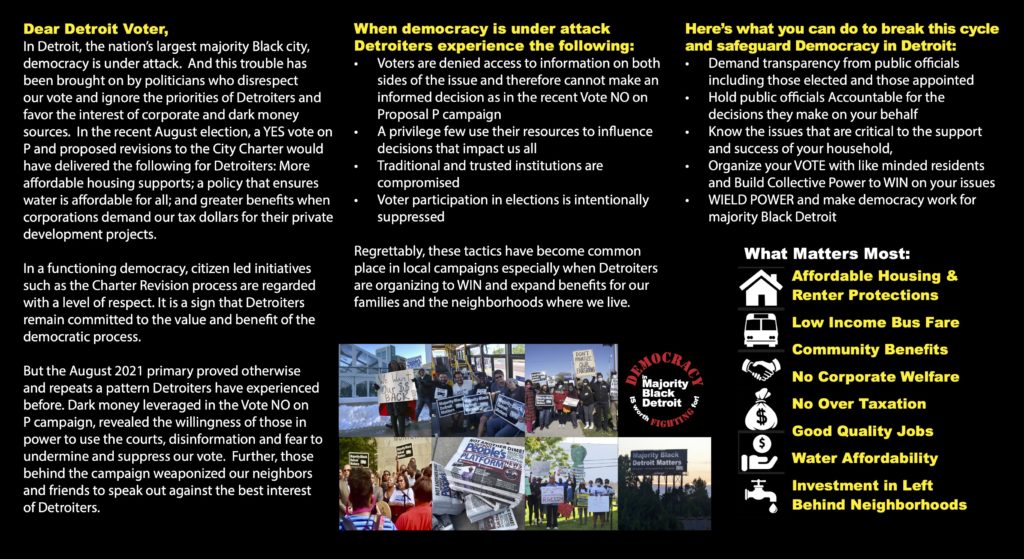