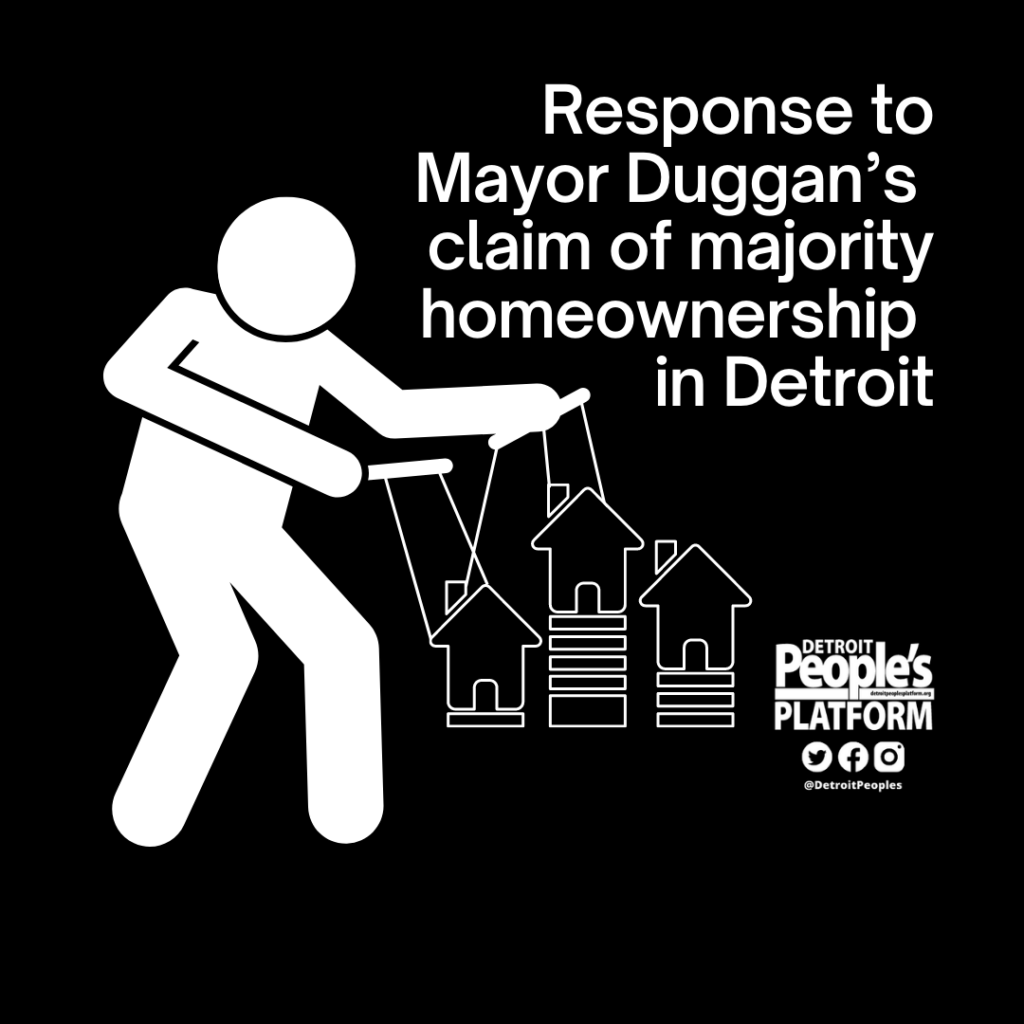 Mayor Duggan’s recent speech lauded a supposed flip in Detroit homeownership rates back to a majority homeownership city. While that sounds great, there are two big questions Duggan avoids: 1) the unreliability of ACS data, and 2) who are Detroit’s newest homeowners?