The Big Picture: Why The excessive use of Tax Incentives matters to majority Black Detroit

The Big Picture: Why The excessive use of Tax Incentives matters to majority
Black Detroit

There is a massive disconnection between the way that these tools are supposed to work in models and on paper and the way their implementation impacts everyday Detroiters.

Tax incentivized deals use prime public assets, including land, that are transferred from public to private control.

Tax incentives divert funds from the budget’s General Fund for a very long time; into the distant future. Decisions made today can impact funding for generations.

With tax incentivized deals the number, quality and wages for projected jobs are often overstated and highly contested.

There is a direct line from the way tax incentives work, the moving of funds into luxury housing, the effect of luxury housing on a neighborhood, and the moving out of long time Detroiters who can no longer afford to live here.

For these tax policies to be considered successful we would need to see better outcomes for majority Black Detroiters. 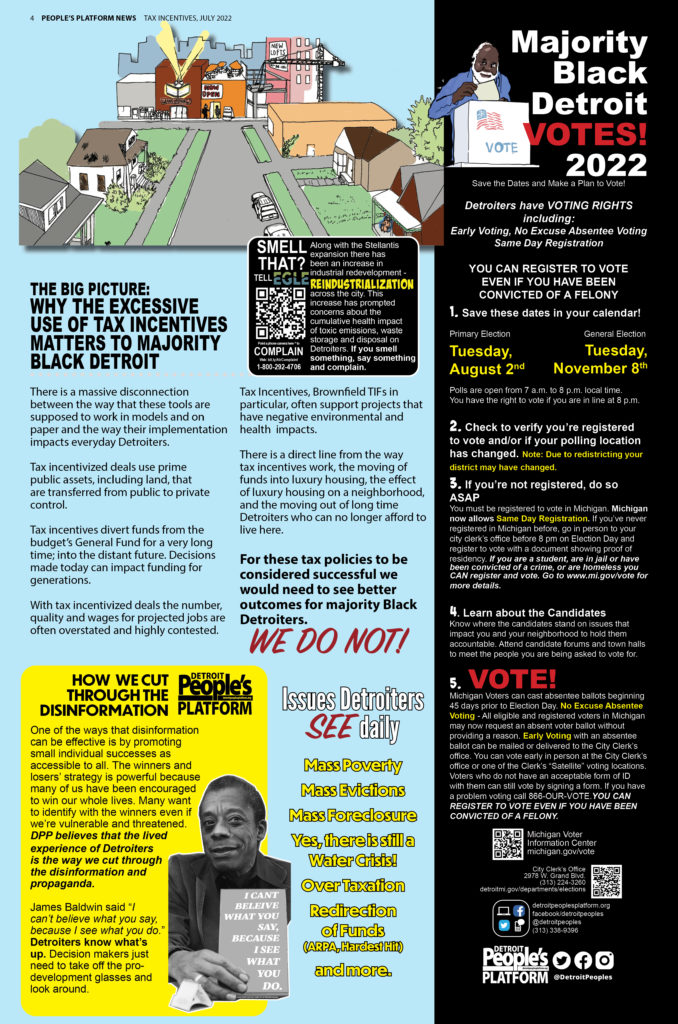