Move the CBO Amendments to a Vote

In 2016, Detroiters created the nation’s first Community Benefits Ordinance for large development projects that use public funding, our tax dollars. While this current CBO could benefit Detroiters who are most impacted by the projects, the way it has been implemented has failed the residents and favored the developers for their private economic and family wealth building goals.

An amendment package is being held up in City Council’s Planning and Economic Development Committee where Council Members James Tate, Scott Benson and Gabe Leland are in control. All three council members backed putting the weaker CBA  on the ballot in 2016. Four years later looks like they may be on track to repeat that behavior.

We demand real Community Benefits. We demand an end to large Corporations using our taxes for their projects!  Detroit City Council must move the CBO Amendments to a Vote. Equitable Detroit Coalition support these “MUST HAVE” Amendments. 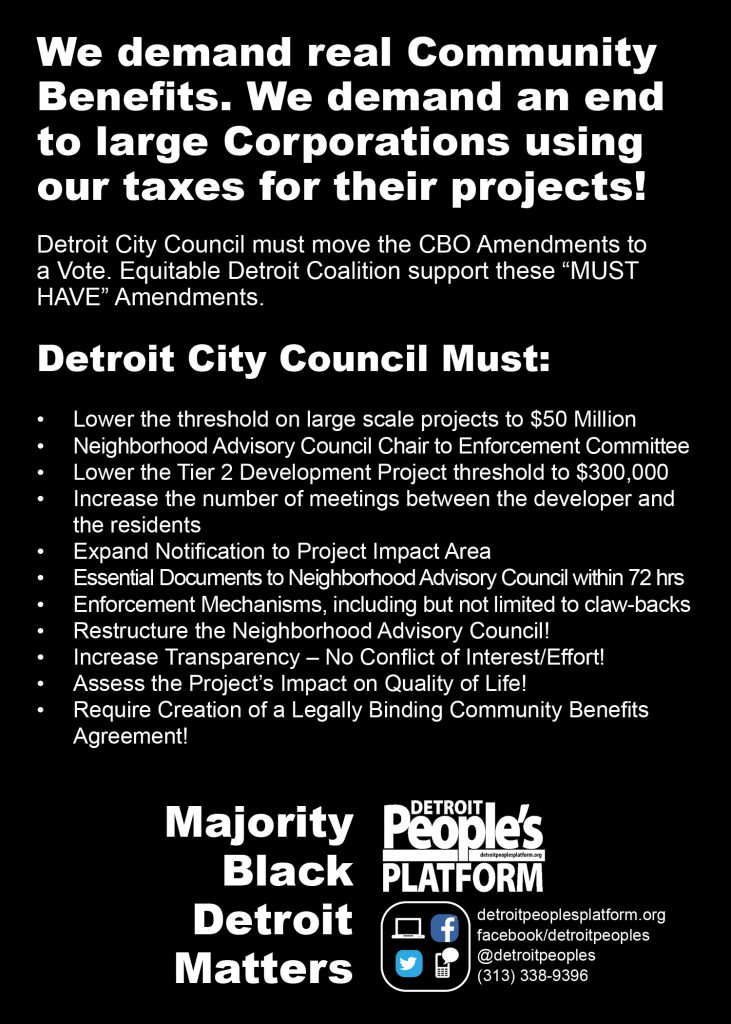