#1 THE CAMPAIGN AGAINST PROPOSAL P THE PEOPLE’S CHARTER

Proposal P was the culmination of 3 years of concentrated, democratic, resident-led work that centered the needs of majority Black Detroit in a governing document. Detroit’s revised charter was rooted in elected official-accountability, strengthening human rights, and ensuring that the government was truly working for the residents and not just corporations. Throughout the revision process, city administration worked tirelessly to undermine the efforts of the revision commission. The administration actively undercut the charter revision process in several noteworthy ways:

Read our analysis of Proposal P 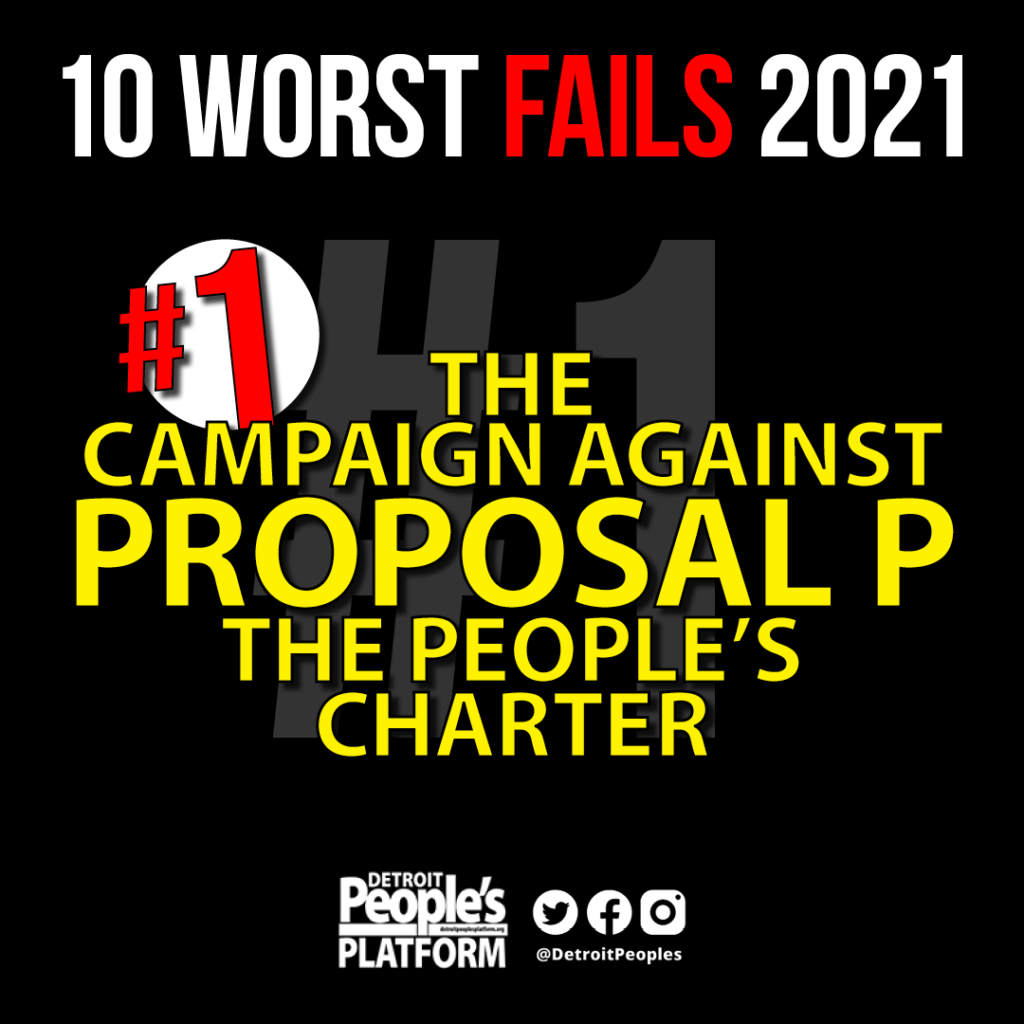