Local artists have released a strong statement in response to today’s launch of the City of Detroit and Fiat Chrysler’s (FCA) global call for artists to paint “the largest municipal art installation in the city’s history.” The statement, which has quickly gained supporting signatures from prominent Detroit artists, charges that the city and FCA are using art to cover up the negative impacts of Fiat Chrysler’s Eastside expansion.

The artist statement reads; “Fiat Chrysler and The City of Detroit (City Walls and Arts and Culture Office) are attempting to use murals and artists to artwash and cover up the destruction of a neighborhood on the Eastside by the expansion of the Fiat Chrysler America (FCA) Facility.”

What is there to cover-up? The FCA Community Benefits Agreement is a monumental failure that is NOT benefiting many neighbors. 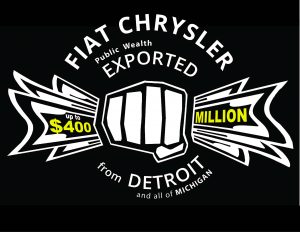 This is a public funded project The most recent dollar amount of public funding and tax incentives requested by FCA are now up to $400 million.  $8.8 Million IN Community benefits is not enough from a global corporation that earned $4.1 billion in 2018.

Land Swaps The FCA project’s associated land “swaps”, like the full extent of public investment, were not revealed until after the NAC signed off on the deal.

Tax Capture/School Funds After completion of the project FCA will pay themselves back for the cost of redeveloping the site by pocketing $93 Million from their employees’ paychecks over 30 years. $34 Million of that would have gone to school funding*.
* https://www.freep.com/story/money/business/2019/07/23/fiat-chrysler-mack-avenue-plant-detroit/1803696001/ Environmental Racism We are in what the Environmental Protection Agency calls a “non-attainment” area for certain pollutants. That means our air is so toxic that FCA has to reduce emissions elsewhere to increase them here. FCA will be increasing emissions in our 94% black community with high poverty and asthma rates while reducing emissions at a suburban plant in Warren.

Volatile Organic Compounds: The new assembly plant would have the potential to emit 382.5 tons of volatile organic compounds (VOCs) per year. VOCs are a class of chemicals, and are one of the ingredients for the formation of ozone, or “smog.” The VOC emissions from

the new assembly plant would be caused by the new paint shop proposed by Fiat Chrysler. 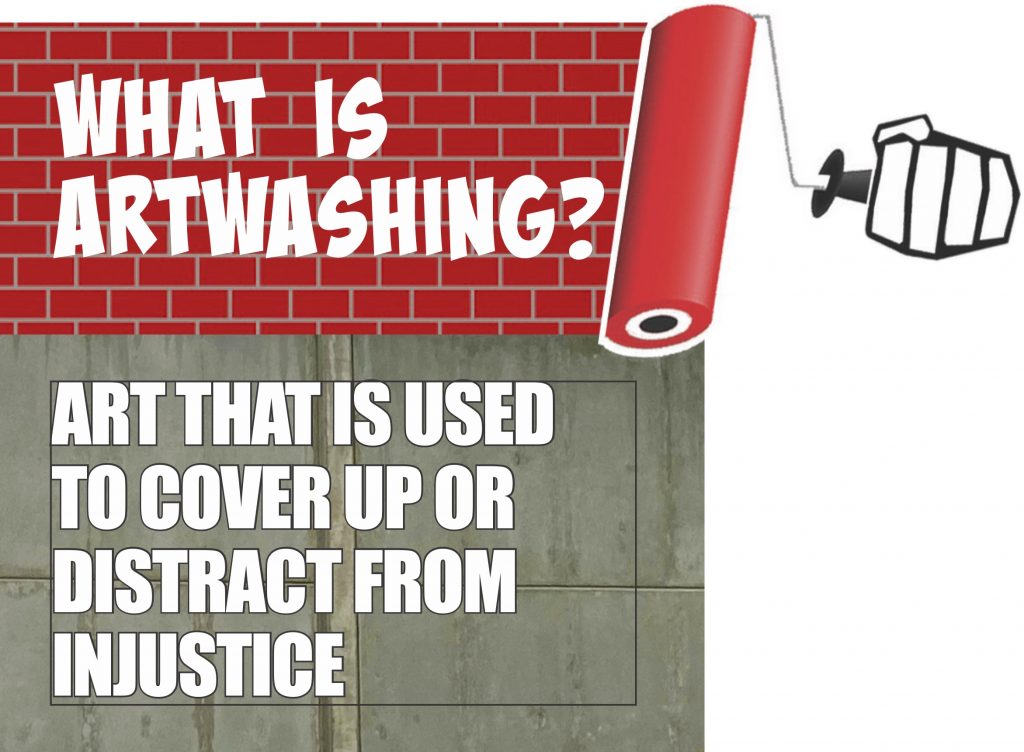 WDET - “Fiat Chrysler needed to submit two plans for the upgrades at its Mack Avenue and Jefferson North plants to state regulators by November 30. The plans concern what projects the automaker will initiate to address community concerns related to air quality and air monitoring around the Mack Avenue Assembly Plant. The company’s proposals were deemed “lacking” and “not acceptable,” respectively.”

Detroit People’s Platform supports and recognizes the hard work of ‘Just Beniteau Residents’. The group has been meeting frequently since last year to address their unanswered concerns and demands around the public funded Fiat Chrysler expansion.

Download and print the "Artists Stand With Residents" Info-Poster
ARTwashPoster 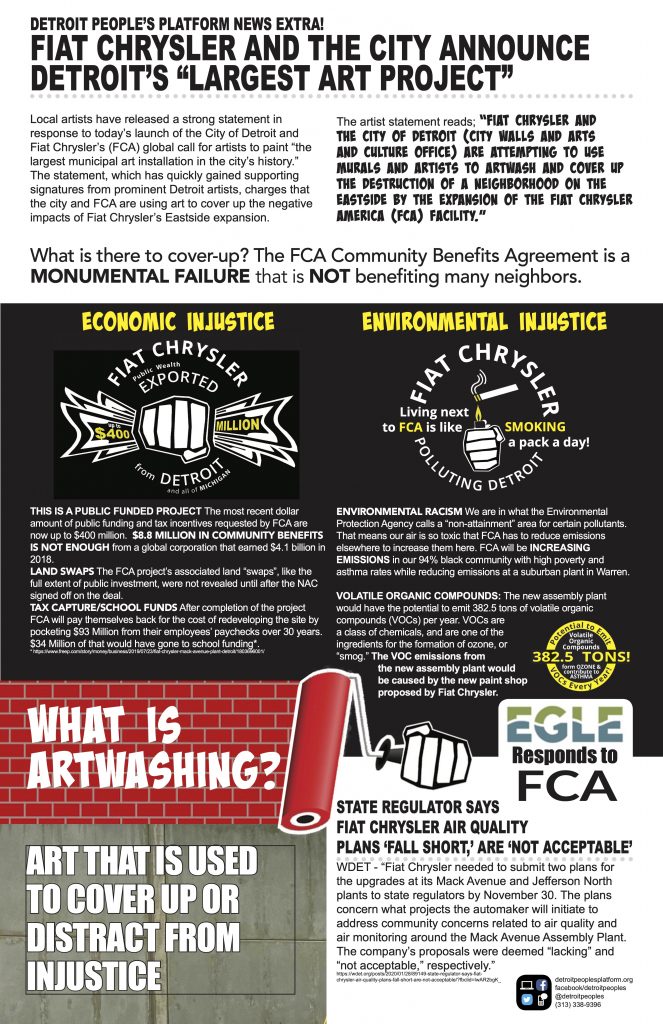 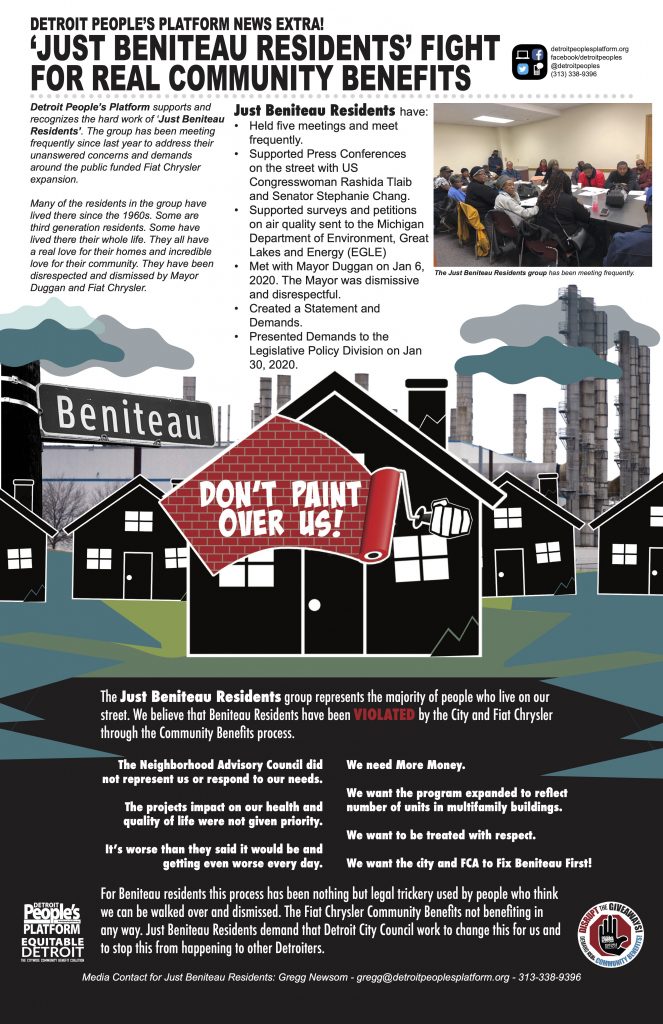