They've got the QLINE on lockdown

Quicken/Bedrock, Penske and other corporations accessed nearly $78 Million in public funds and resources slated for public transit on this quasi-public/private real estate project. Now that many downtown buildings and the corporate entertainment complex, (also funded with public $$$) are empty, the Qline is sitting idle. Once again, local corporations exploit the public resources of Detroit, the nation’s largest majority Black city. This isn’t racial equity or justice from many of the corporations that claim to be making commitments and changes. We demand a Racial and Economic Justice Community Benefit Agreement! 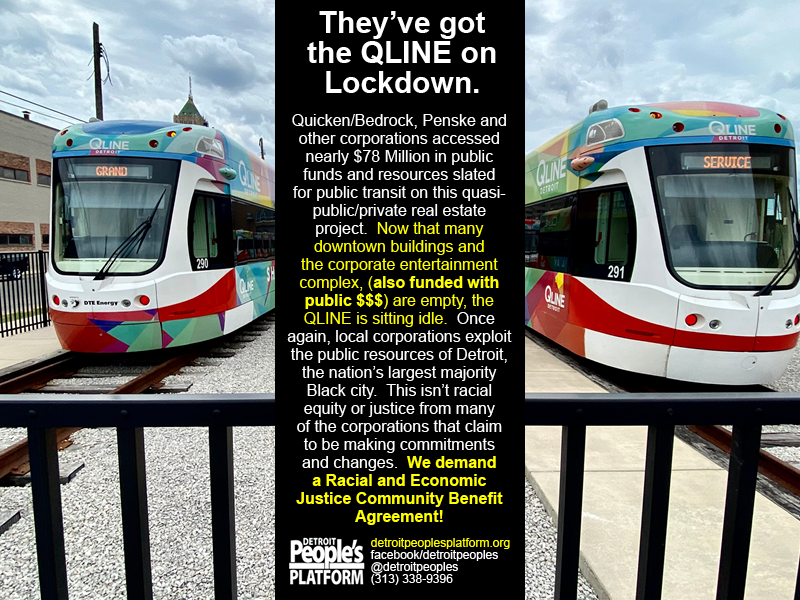 CBA for Racial and Economic Justice