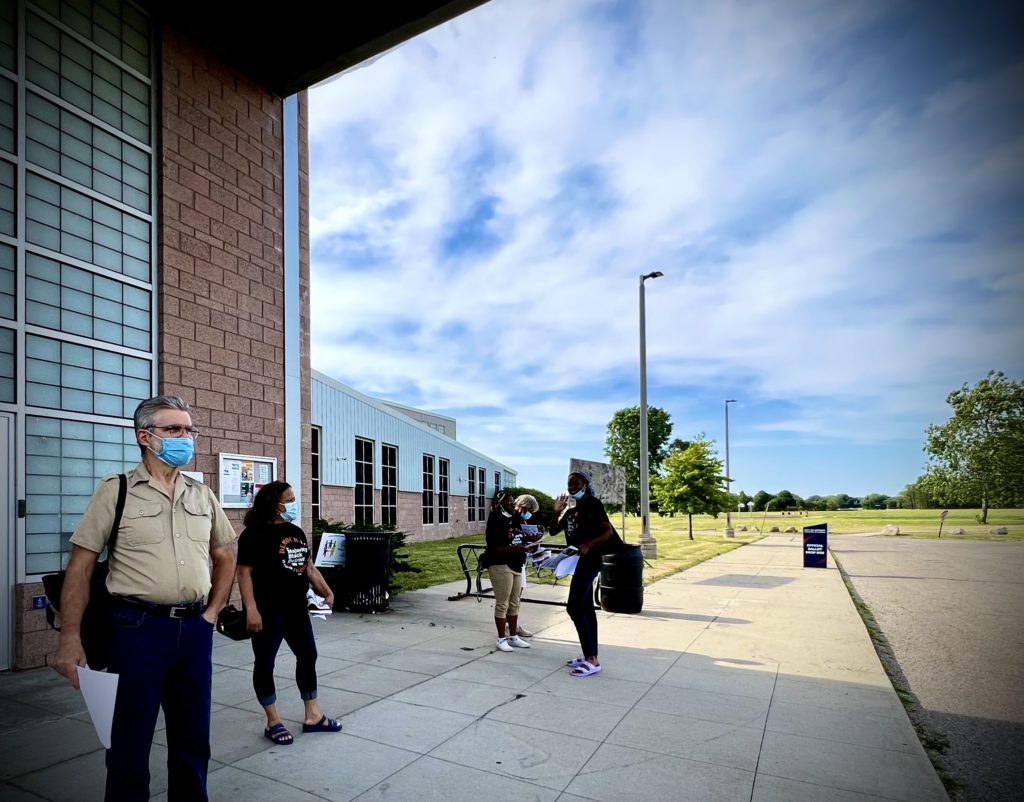 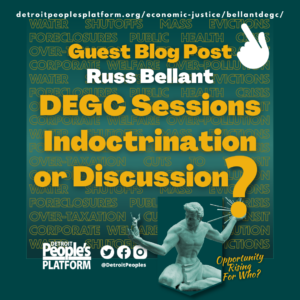 The Detroit Economic Growth Corporation (DEGC) has presented their views on the justification for tax benefits for development projects in the City.  But these events have been one-sided activities that do not allow taxpayer participation or otherwise allow differing points of view.

These events have been one-sided activities that do not allow taxpayer participation or otherwise allow differing points of view.

The first of two events were held in person at Farwell Recreation Center in D3. The Council Member of that district told the audience that no voices were to be expressed and that questions were to be written on a 3"x3" piece of paper. When the DEGC presentations were finished, several questions were read and then they announced the event was over. Raised hands were ignored. One brief critical statement was made after the meeting was adjourned, with generous applause from a silenced audience.

The second event was scheduled in a small venue and converted to a remote meeting. Since no face-to-face process existed, it was disappointing to see that chat was disabled. Individuals were told that they could ask a question on a format set up for that purpose, but the questions were not sharable with the audience.  After DEGC finished their presentations, they answereda few of them and ended the meeting with most questions ignored, as in the first meeting. 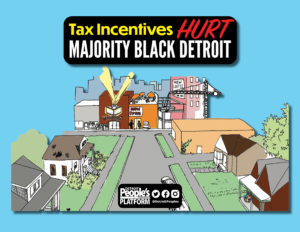 The DEGC policies of allowing some to not pay taxes or to transfer millage revenues from taxing units to subsidize investors is an approach with downsides. DEGC only wants their perspective presented without room for legitimate differences to be aired.

DEGC only wants their perspective presented without room for legitimate differences to be aired.

When government agencies using publicly funded forums and media for events promoted using public resources, they cannot be allowed to treat this as a one-way interaction. In other countries we would call this brainwashing or indoctrination. And a number of attendees feel that DEGC is conducting themselves in that manner. City Council must insist that these meetings be conducted in a democratic manner, where multiple points of view and balanced information is the order of the day.

Russ Bellant is a writer, activist, member of the Detroit Library Commission, president of the Helco Block Club and is a City retiree who coordinated the Skilled Trades Apprenticeship Program. Thank you Russ.