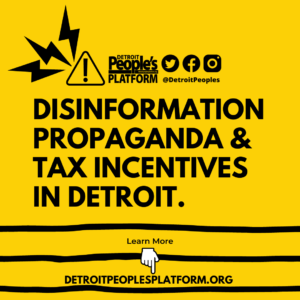 We live in the age of ‘FAKE NEWS’ and it is disturbing that some of our local elected officials have chosen to cast righteous community opposition as dangerous and misinformed. Similar strategies were used in propaganda campaigns against Proposal P, the People’s Charter and Proposal A, the People’s Community Benefits Ordinance. Detroit People's Platform breaks down the messaging being weaponized against residents’ own interest. 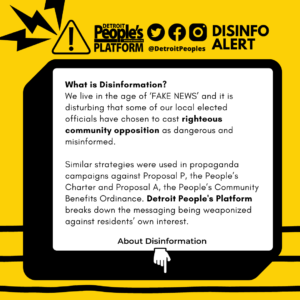 Historically oppressed people know that disinformation is as old as white supremacy. The very basis of racism is ‘fake news’. To claim that community in opposition to a policy or project are dangerous or misinformed implies residents are unable to understand. For elected official and city representatives to use that strategy as cover to maintain injustice is reprehensible. The policies that have been enacted upon Detroiters since Emergency Management are FELT and KNOWN by those with the courage to speak up and out. To frame this as dangerous undermines Democracy. 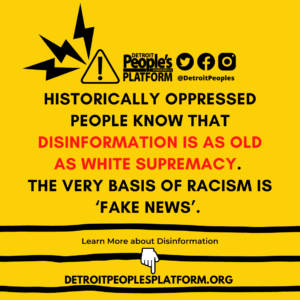 Historically oppressed people know that disinformation is as old as white supremacy. The very basis of racism is ‘fake news’. 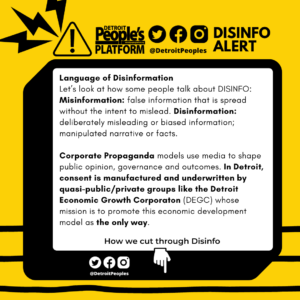 Let’s look at how some people talk about DISINFO: Misinformation: false information that is spread without the intent to mislead. Disinformation: deliberately misleading or biased information; manipulated narrative or facts.

Corporate Propaganda models use media to shape public opinion,  governance and outcomes. In Detroit, consent is manufactured and underwritten by quasi-public/private groups like the DEGC whose mission is to promote this economic development model as the only way. 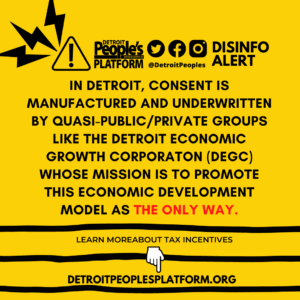 In Detroit, consent is manufactured and underwritten by quasi-public/private groups like the DEGC whose mission is to promote this economic development model as the only way. 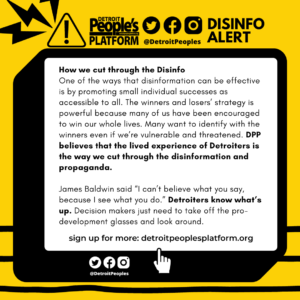 How  We Cut through the DisInformation

One of the ways that disinformation can be effective is by promoting small individual successes as accessible to all. The winners and losers’ strategy is powerful because many of us have been encouraged to win our whole lives. Many want to identify with the winners even if we’re vulnerable and threatened. DPP believes that the lived experience of Detroiters is the way we cut through the disinformation and propaganda.

James Baldwin said “I can’t believe what you say, because I see what you do.” Detroiters know what’s up. Decision makers just need to take off the pro-development glasses and look around. 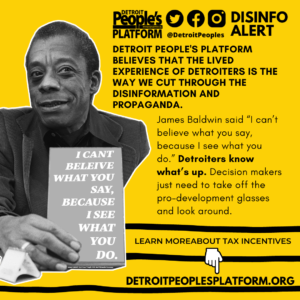 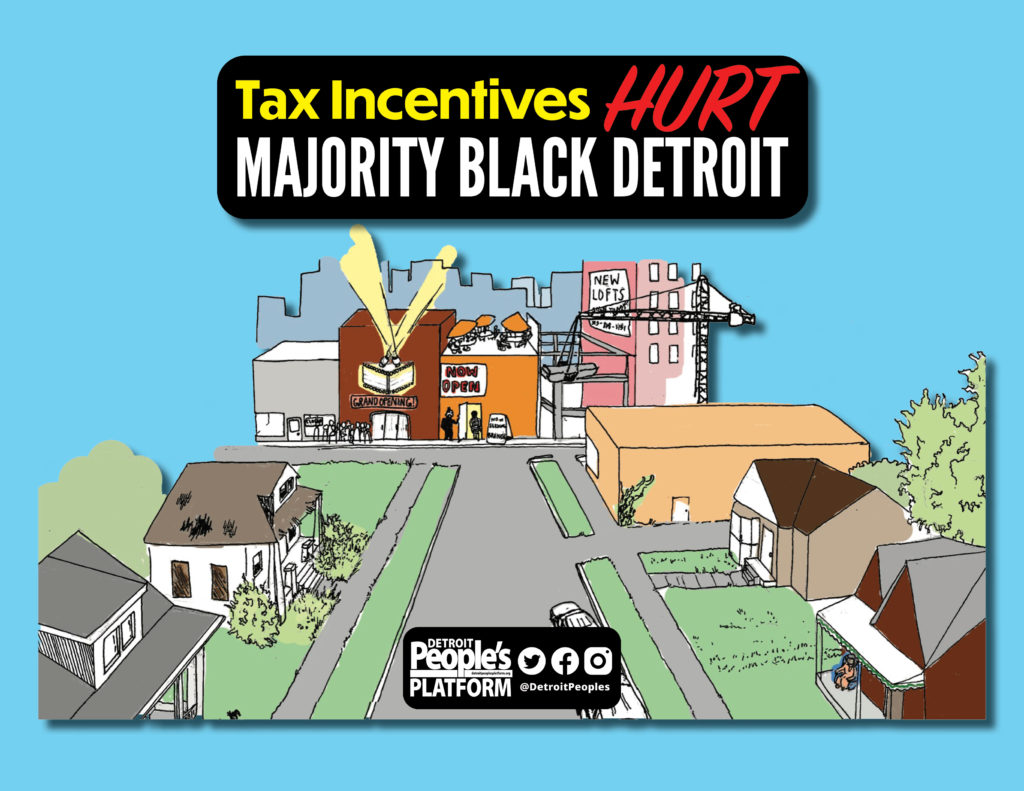