In 2022 majority Black Detroit received the announcement of what is described by the Mayor as the city’s largest equity development project in history.  The reference is to the $134 million dollar Fisher Lofts redevelopment project targeting the near century old and long abandoned Fisher Body Plant on Hastings Street.  Detroit Black developers Greg Jackson and Richard Hosey are cited as the lead developers with an out of pocket investment in the deal of roughly $15million dollars.  Both Hosey and Jackson describe the Fisher Project as a unique opportunity to show case their skills and prove their ability to carry off a multi million dollar deal – $134 million deal that is eligible for roughly $55 million in public tax support.  The two believe that if successful, this deal potentially opens the door to other Black developers for projects of this scope and investment.

The development project cost and the public investment qualify it as a Tier 1 Project meaning it would qualify for a community benefit agreement negotiation process with the Neighborhood Advisory Council (NAC). 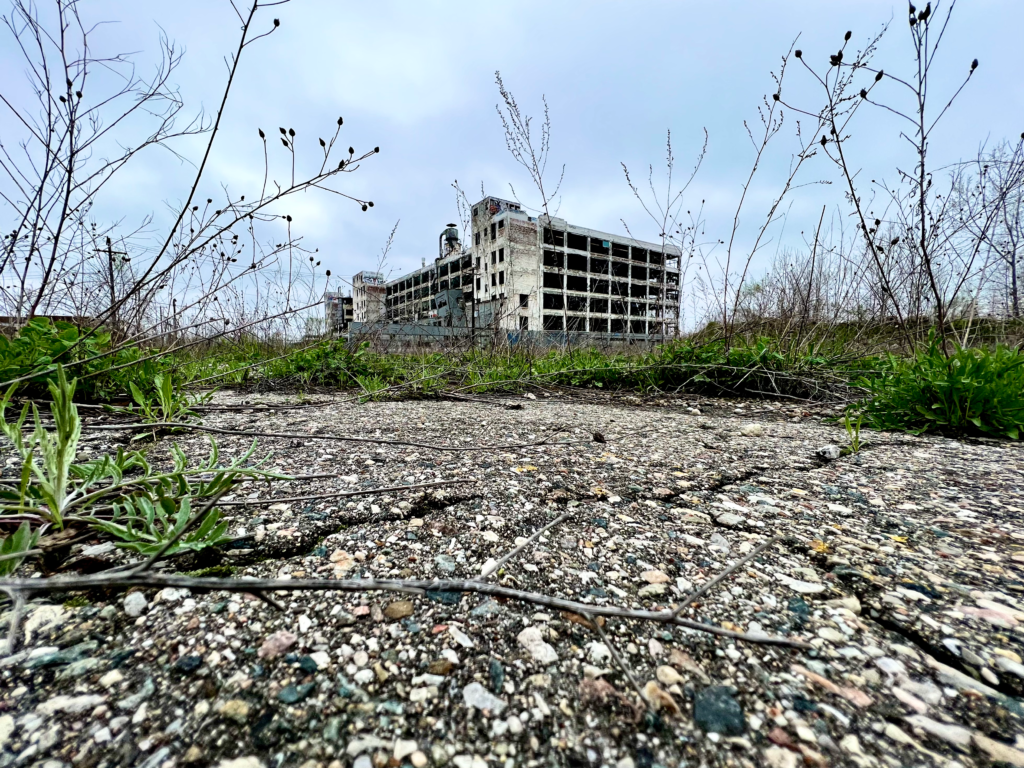 Throughout the sometimes tense NAC negotiations, NAC members were reminded that the Fisher Project was indeed a unique opportunity to further the goals of the Detroit’s majority Black community through supporting this Black male led project.

The call for racial solidarity in promotion of the Fisher Body Plant 21 luxury housing development project rings hollow when measured against the growing hardships and exclusions that many Detroiters continue to experience in the so called Detroit recovery.  Essentially, Detroiters are being asked to support the investment of millions of dollars in public tax support into a private luxury housing development that does little to address the critical need for truly affordable housing. The average monthly rent that aligns with the Detroit city median income is somewhere between $550 - $700; yet the rents proposed for the Fisher Project range from $1200 – $1600 -  two to three times what the average Detroit household can afford.

Although the call for public investment for the Fisher Project in no way compares to that of the recently announced Detroit District Project led by Ilitch and Stephen Ross, where hundreds of millions of dollars in public tax support are invested, what the Fisher and the District Project have in common is maximizing investor profits while delivering minimal public benefits.  You need only examine who has actually benefitted from the past decade of Detroit’s so called recovery fueled by more than a billion dollars in public investment.  A recent report lays it out pretty clearly, economic gains among white Detroiters at roughly 60% compared to that of an 8 % increase among Black Detroiters.

Historically, calls for racial solidarity occur alongside related social movement work focused on responding to a real or perceived racial injustice that undermines our survival as Black people. The calls cry out for accountability and remedy from unjust systems of oppression and the structures that reinforce them.

Our ancestors and the current group of Black activist march, protest, advocate, vote, risk imprisonment, physical harm and in extreme cases death, to advance the collective racial and economic justice gains for Blacks across the nation and Detroit – not the narrow economic gains of the Black investor class. The Black investor class who for the most part in Detroit distance themselves from the support of transformative policies that majority Black Detroiters champion including mandated community benefit agreements, water affordability, anti surveillance policies, living wages and benefits, broader investments in affordable housing and expanded environmental protections.

We do not begrudge the Hosey and Jackson development team for their efforts to play in the major league of real estate speculation.  If they have the heart, the skills and the money to make it work for them it is their choice in this capitalist system. Our objection to allying racial solidarity alongside this form of economic development is the interplay between this profit driven and unjust model and how it is promoted as community and economic development for the rest of us.

Further, this model fails in both imagination and relevance in what a 21st century multi racial, diverse, thriving and sustainable community should look like. In the place of a touchstone for racial solidarity, ironically, the Fisher Project plans for a Detroit that looks pretty much like the Detroit of the mid 20th century with all of the attending racial disparities while tragically using our tax monies to accomplish this dystopian goal. 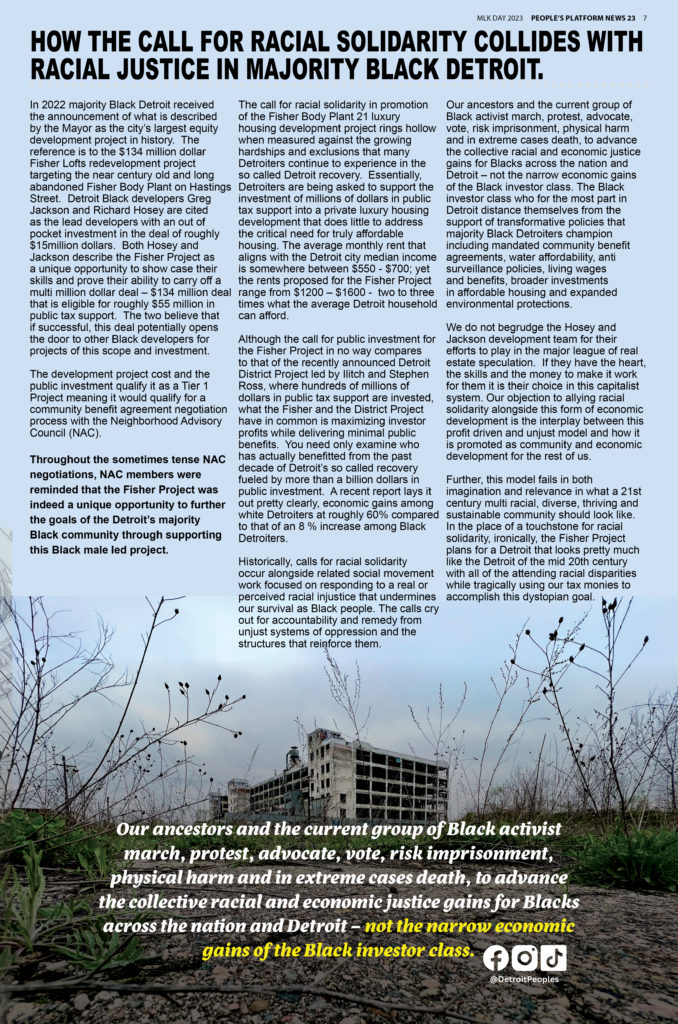 Join our mailing list and stay up-to-date on all the events and activities at the Detroit People’s Platform.